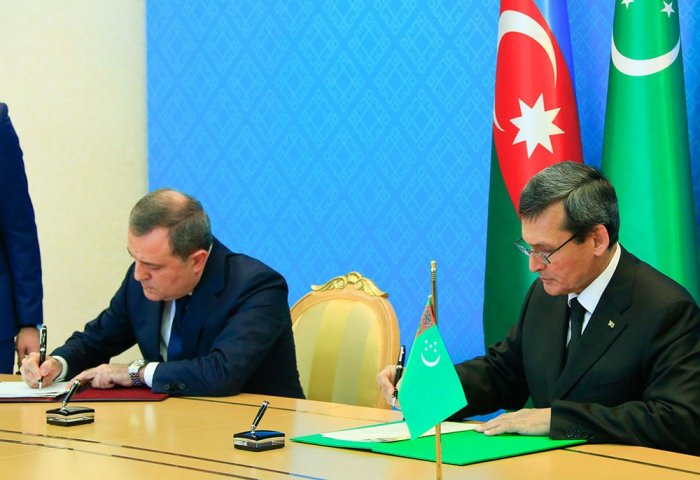 The signing of the Memorandum of Understanding, Ashgabat, Turkmenistan (Photo: Orient)

Foreign Minister of Turkmenistan Rashid Meredov and his Azerbaijani counterpart Jeyhun Bayramov on Thursday signed a Memorandum of Understanding between the Governments of the two states on joint exploration and development of hydrocarbon resources of the Dostluk field in the Caspian Sea.

According to the TDH news agency’s report, the President of Turkmenistan Gurbanguly Berdimuhamedov and the President of Azerbaijan Ilham Aliyev also took part in the signing ceremony of the historic document via a video link.

The document marked a new milestone in the development of modern Turkmen-Azerbaijani relations, the Heads of state emphasized in their speeches.

During the official visit of the President of Turkmenistan to Azerbaijan in 2017, the Heads of State signed the Declaration on Strategic Partnership between Turkmenistan and the Republic of Azerbaijan. 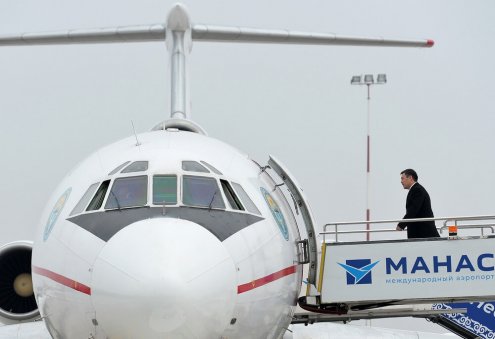