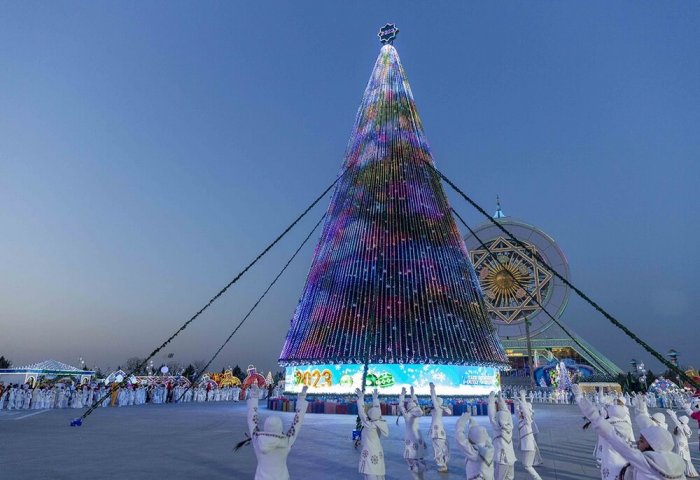 The Main New Year Tree, topped with an eight-pointed star and the numbers 2023, is 43 meters tall.

The ceremony of lighting up Turkmenistan’s main New Year tree was held in the capital Ashgabat on Thursday, according to the country’s official media.

According to the established tradition, the square in front of the Älem Cultural and Entertainment Center, which houses the country’s tallest New Year tree and a magical themed town, became the center of the celebrations.

The Main New Year Tree, topped with an eight-pointed star and the numbers 2023, is 43 meters tall.

Following the lighting up of the New Year Tree, the festivities were held in front of the Älem center.

During the festivity, the children received New Year's gifts on behalf of the President of Turkmenistan Serdar Berdimuhamedov. 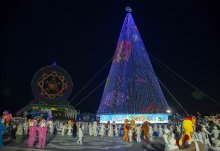 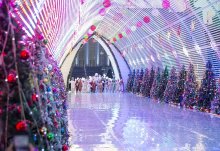 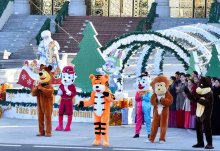 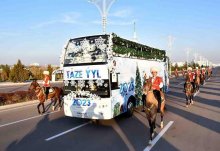 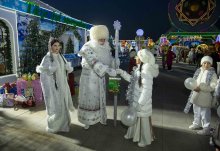 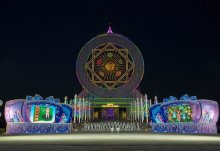 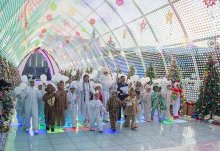 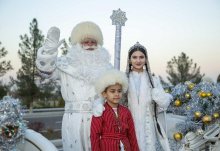 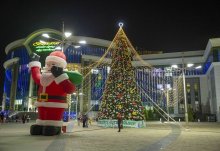 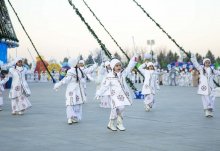 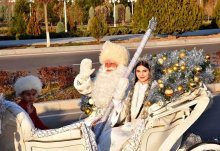 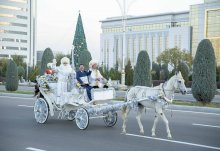