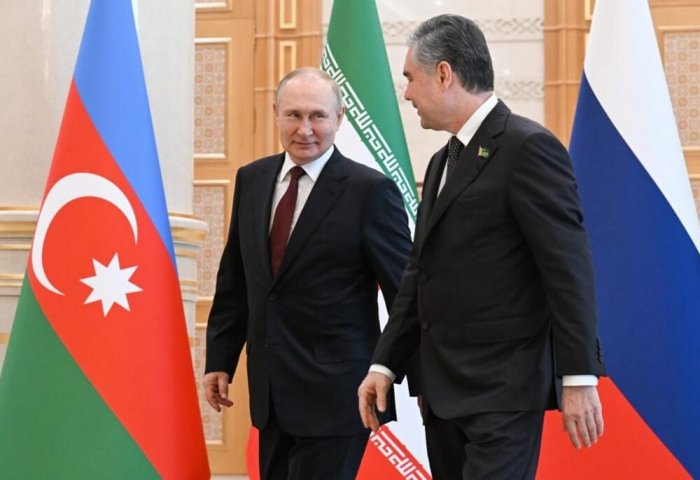 President of Russia Vladimir Putin congratulated Gurbanguly Berdimuhamedov, the Chairman of Halk Maslakhaty chamber of Turkmen bicameral parliament Milli Gengesh, on his 65th birthday and presented him two sabres, chess and a sculpture of a horseman in a meeting in Ashgabat on Wednesday, TASS news agency reports with reference to the Russian Leader's Press Secretary Dmitry Peskov.

"The chess pieces, which are made by Zlatoust masters. The sculpture "Returning Rider" - that is, a rider and a horse, which was made by the great grandson of the famous sculptor Lancere of St. Petersburg. And he also gifted two sabres – one old and one new," Peskov said, listing the gifts.

The sides also held discussions on the topical issues of cooperation between the countries.

Vladimir Putin arrived in Ashgabat to participate in the sixth Caspian Summit. On the sidelines of the summit, he also held talks with Turkmen President Serdar Berdimuhamedov. 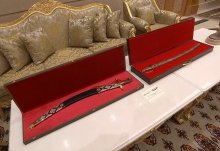