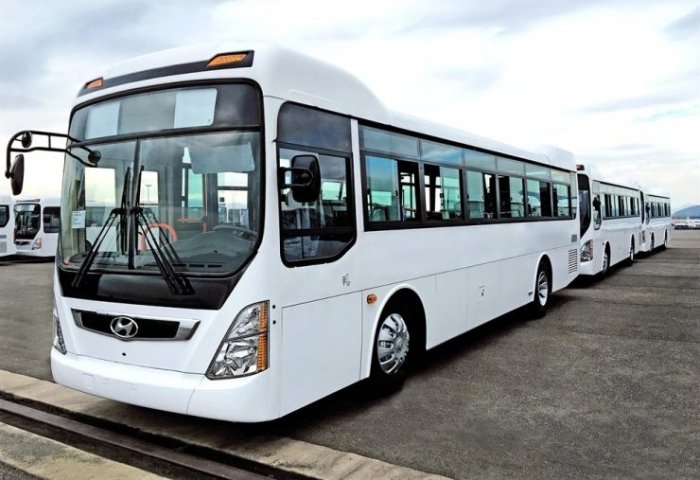 Hyundai Motor Company signed a contract with Turkmenistan to supply 400 buses, worth around $60 million, the Seoul-based The Korea Times newspaper reported Sunday citing the automaker.

It is Hyundai’s second-biggest single overseas deal, after a $66 million order for 500 units in 2016.

The company has so far supplied a total of 1,200 buses to Turkmenistan.

As a result of the deal, every city bus on the streets of Ashgabat, the capital city of Turkmenistan, will be a Hyundai Aero City bus, according to Hyundai Motor.

According to the newspaper, the company will begin manufacturing the buses in May and will complete delivery before December 12, the 25th anniversary of Turkmenistan’s Day of Neutrality.

Hyundai Motor said it had contributed greatly to the development of the public transport infrastructure of Turkmenistan because Hyundai also offered bus components, consumable items and maintenance services.

"The deal is an honor for Hyundai Motor because the contract shows the superior quality of Hyundai's Aero City buses is recognized by the citizens of Turkmenistan," a Hyundai Motor official said. "We will continue our efforts to extend the supply deal that has continued since 2008".

The Decree on the purchase of the 400 buses was signed during a video conference session of the Cabinet of Ministers on March 6.