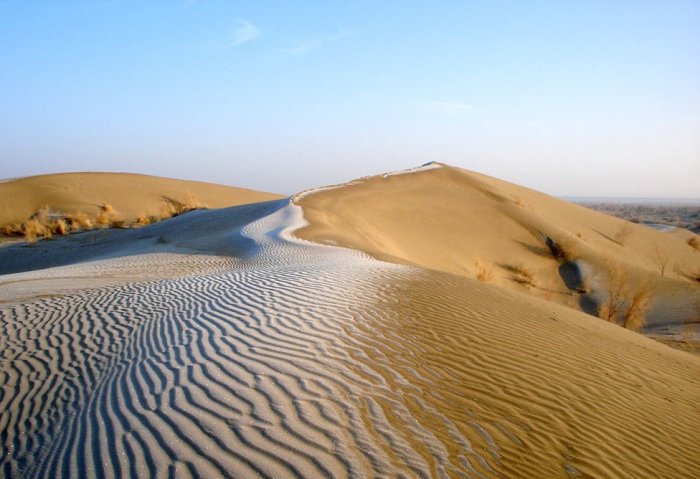 The meeting participants discussed issues of economic development in the light of global environmental problems.

The Union of Industrialists and Entrepreneurs of Turkmenistan (TUIE) hosted a meeting on Tuesday with the representatives of the German Corporation for International Cooperation (GIZ).

Representatives of agricultural, industrial and international departments of the UIET and representatives of the GIZ in Turkmenistan discussed issues of economic development in the light of global environmental problems.

The sides particularly touched upon such topics as global warming and its impact on the economy, rational use of natural resources, water resources and food security.

The meeting participants expressed their readiness to carry out joint actions in overcoming these important issues.

Established in 2011, the GIZ is an international development agency owned by the German Federal Government. The organization is headquartered in Bonn and Eschborn and operates in more than 130 countries.