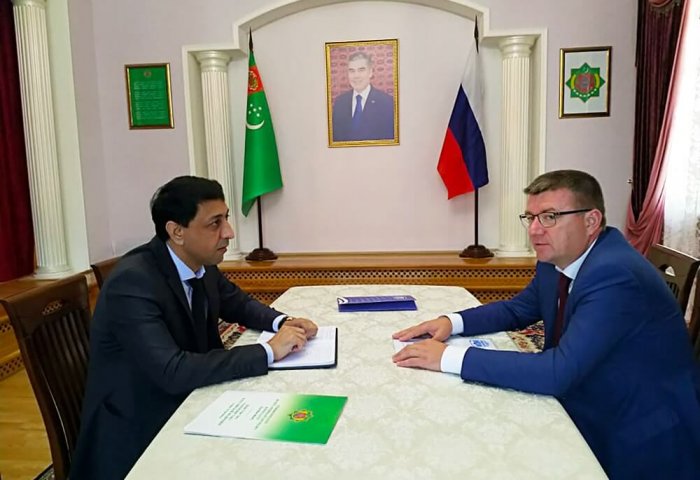 The officials discussed the prospects for cooperation in the scientific and educational sphere.

The parties discussed the prospects for cooperation in the scientific and educational sphere and aspects of Turkmen youth’s professional training in the VSSPU.

The officials also discussed the possibilities of organizing a video bridge between the VSSPU and the Turkmen State Pedagogical Institute named after Seyitnazar Seydi in Turkmenabat city. The video bridge will mainly focus on the prospect of opening a Turkmen center at the VSSPU, according to the report.

The VSSPU and Turkmen Pedagogical Institute had signed a Memorandum of Cooperation in November 2019.