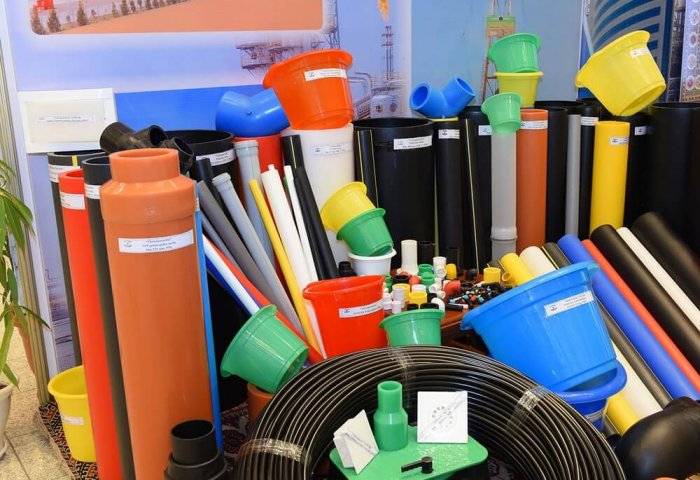 The key projects of Turkmenistan in the field of import substitution and export development have been successfully implemented. In 2020, despite the global coronavirus pandemic, the supply of goods in many categories continued to grow. This clearly demonstrated that the country has reached a significant milestone in the implementation of its export strategy.

An important step towards increasing the production of products intended to the foreign market was made in May 2015. Back then, President of Turkmenistan Gurbanguly Berdimuhamedov approved state programs to increase exports and import substitution in the country. These documents provided for the implementation of 114 promising projects.

Around the same period, the government instructed state banks to issue preferential loans to entrepreneurs. First of all, support was provided to farmers and manufacturers of import-substituting products.

Dozens of large enterprises were created in Turkmenistan due to the state’s financial assistance. Presently, they successfully compete with foreign manufacturers of consumer products not only in Turkmenistan, but also in foreign countries.

The success of the strategy for the development of export and import substitution can be observed in any Turkmen store. In most of them, domestic products make up more than 70% of the assortment.

Foreign-made plastic products are also less common in domestic stores. Mostly toys are imported, but they will also soon begin to be produced in large quantities at a local factory. The project of a new specialized enterprise for the production of toys has already been approved at the government level.

The growth rate of the market for finished plastic products is demonstrated by the increase in their export.

According to the data from State Statistics Committee of Turkmenistan, in 2020, the country increased the volume of plastic products for packaging or transporting goods increased by 485.2% compared to 2019. The export increased from 671.5 tons in 2019 to 3,927.7 tons in 2020. Back in 2015, when the programs for the development of exports and import substitution were adopted, only around 1.5 tons of products from this category were exported from the country.

Turkmenistan also significantly increased its export of pipes and hoses made of polymer plastics. The growth rated from 2019 to 2020 amounted to 104.4%. In 2015, Turkmenistan exported a very limited amount of these products. Last year, Turkmenistan sold 14,653.7 tons of relevant products abroad.

Export of plastic products significantly increased in 2018. Back then, the largest complex in Central Asia for the production of polymer products was commissioned in Turkmenistan’s Balkan velayat. Various types of environmentally friendly plastic products are made from it, which are in high demand all over the world.

This is a completely new production for Turkmenistan, and the colossal growth of exports is difficult to assess objectively. Do these figures really indicate a new milestone in the implementation of a long-term export strategy, or is it a temporary effect from the commissioning of a new complex?

This question can be answered using the example of another, more traditional for Turkmenistan export product - tomatoes. In 2015, when the state programs for increasing exports were just adopted, the country exported 1,451.7 tons of tomatoes. In 2020, this volume increased to 37,750.1 tons. The growth rate amounted to astonishing 2,501.6%.

Such huge growth rates in the export of a traditional product are not a coincidence or luck. This is an indicator of the achievement of the set goal. A big and ambitious goal.

The government supported private agricultural producers by providing soft loans for the construction of greenhouses. Large greenhouse complexes, growing wide range of vegetables and fruits, can be found in every region of the country.

Due to the accelerated development of the agriculture sector, entrepreneurs have the opportunity to experiment - to grow more exotic types of fruits and vegetables in their greenhouses. Several large agricultural producers in Turkmenistan are already supplying large quantities of bananas to domestic markets.

In the short period of time following the global spread of coronavirus, dozens of domestic manufacturers launched the production of antiseptics and disinfectants. Previously, there were only a few brands of such products in the country. The rise in demand led to an immediate surge in supply, reflecting the flexibility of the Turkmen private sector.

Thanks to a well-thought-out strategy for the development of import substitution and export, Turkmenistan has reached a new milestone. Having overcome this milestone, the country enters the next stage of industrial development.

The events of the end of 2020 and the beginning of 2021 indicate that the next few years, the import substitution of consumer electronics will be carried out at an accelerated pace in the country. The first batches of TVs, tablets and computers from Turkmen state-private enterprises are already entering the market.

We have witnessed the birth of the domestic electronics industry and in the next few years we will see it flourish. 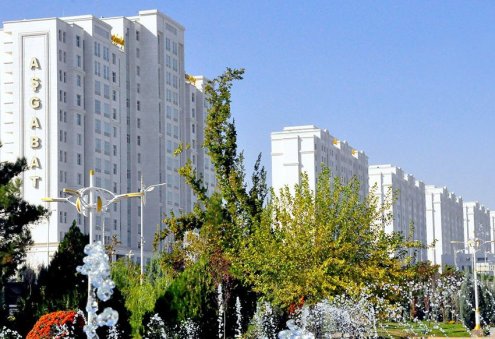 Turkmenistan Carries Out Around 2,500 Construction Projects Worth $37 Billion