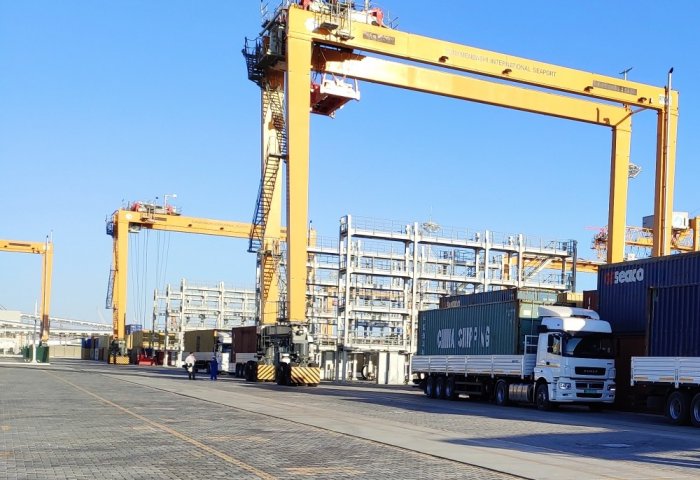 The IRU Secretary General praised the commitment of Turkmen Government to improve infrastructure in the country and in the region.

The meeting participants discussed a wide range of issues of cooperation aimed at improving interconnection between the countries through the development of transport and transit corridors, improved logistics and digitalization, Foreign Ministry of Turkmenistan said in a press release.

Umberto de Pretto praised the commitment of Turkmen Government to improve infrastructure in the country and in the region.

IRU welcomes the large-scale work of Turkmenistan not only to build a powerful modern infrastructure, but also to create conditions for increasing its effective functioning by joining international conventions and treaties, Umberto de Pretto noted.

The IRU Secretary General expressed his commitment to cooperation with Turkmenistan in the practical use of the Lapis Lazuli corridor, as well as other transport and transit corridors in the North-South and East-West routes.

The parties also discussed preparations for the international conference of ministers of transport of landlocked developing countries, scheduled to be held in Turkmenistan in 2021.

IRU brings together the interests of national road transport unions and organizations. The international organization was founded in Geneva on March 23, 1948.