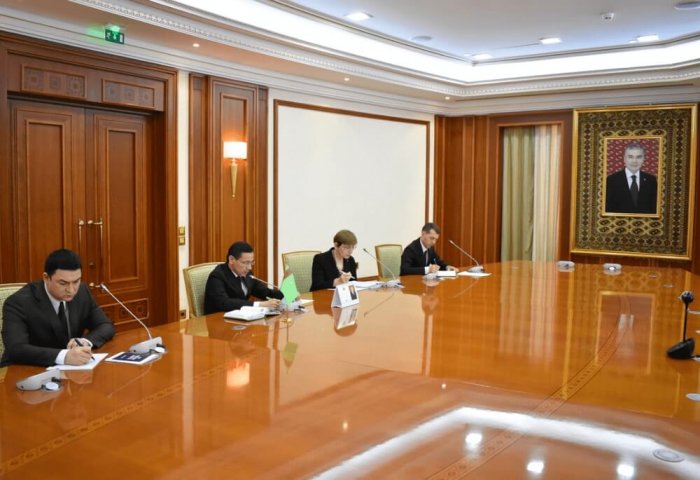 The Turkmen side was represented by the Minister of Economy and Finance Muhametgeldy Serdarov.

A meeting of the 69th session of the Executive Committee of the UN Economic Commission for Europe (UNECE Executive Committee) took place on Tuesday in face-to-face format at the Palais des Nations in Geneva and online. The meeting focused on promoting circular economy and sustainable use of natural resources.

The Turkmen side was represented by the Minister of Economy and Finance Muhametgeldy Serdarov, Orient news outlet reports.

In the context of the COVID-19 pandemic, the High-Level Dialogue focused on policy initiatives to promote the transition to a more circular economy and sustainable use of natural resources, and the role of international cooperation in accelerating this progress.

This Dialogue looked at measures taken by governments and other stakeholders to improve the well-being, resilience and inclusiveness of the economy while reducing the pressure on the environment.

The meeting of the 69th session of the UNECE Executive Committee is held from 20 to 21 April. At each biennial session, the commission elects a country to preside over the biennium. The representative of the chosen country becomes the Chairman.

Turkmenistan has put forward its candidacy for the post of Deputy Chairman of the UNECE for the next two years. The country previously held the deputy chairman post from 2012 to 2014.