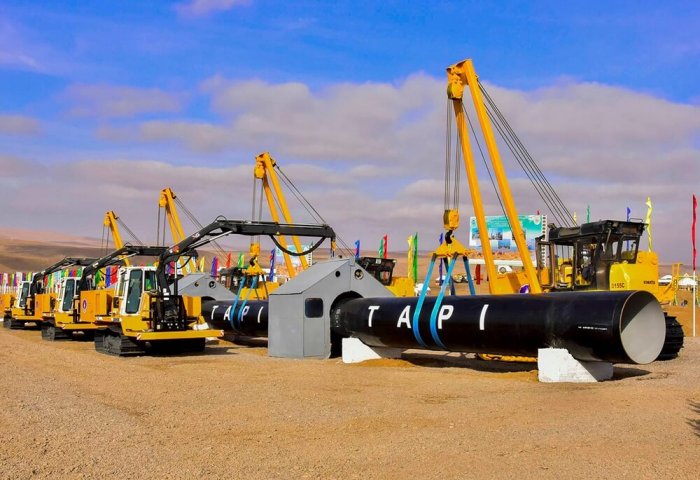 Afghanistan is expected to receive 5% of the gas itself, with the rest divided equally between Pakistan and India.

Officials from Turkmenistan will visit Afghanistan’s capital Kabul this week to discuss construction of the Turkmenistan-Afghanistan-Pakistan-India (TAPI) pipeline, Reuters news agency reported with reference to the Afghan official’s remarks on Wednesday.

The pipeline is expected to carry 33 billion cubic meters (bcm) of natural gas each year along a route stretching 1,800 km from Galkynysh, the world's second-biggest gas field, to the Indian city of Fazilka near the Pakistan border.

"We have been working hard for some time and we are ready to take pride in starting work on the TAPI project," Mohammad Issa Akhund, the Acting Minister of Mines and Petroleum in the new Afghan government, said in a statement.

Akhund met the Ambassador of Turkmenistan in Kabul ahead of a two-day visit by the delegation from the country that will start from Saturday, the statement said.

Afghanistan is expected to receive 5% of the gas itself, with the rest divided equally between Pakistan and India. In addition, Kabul will also earn hundreds of millions of dollars in transit fees.