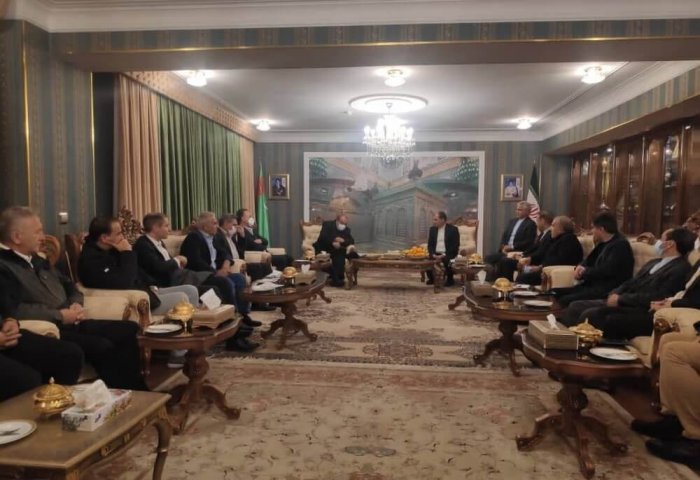 Iranian Deputy Foreign Minister for Economic Diplomacy Mehdi Safari has underlined that Turkmenistan is of outstanding importance in the region and the Islamic Republic is keen on supporting the expansion of trade ties with the country.

Safari made the remarks in a meeting with Iranian businesspeople operating in Turkmenistan at Iran’s embassy in Ashgabat on Friday, the Iranian IRNA news agency reports.

Safari emphasized that the Iranian President Ebrahim Raisi has prioritized the policy of maximum interaction with neighboring countries and is determined to promote foreign trade, especially in the non-oil sector.

According to the deputy minister, the Ministry of Foreign Affairs in collaboration with other governmental entities has started compiling integrated programs in order to resolve problems and obstacles in the way of foreign trade.

Fortunately, good efforts have been done in particular in transportation sector, exporting technical and engineering services as well as export of non-oil products, the Iranian Deputy Foreign Minister stated during the meeting.

Referring to the efforts made to resolve issues with Turkmenistan on gas export, Safari said Iran will back traders of both countries to improve mutual trade.

Further in the meeting, the Iranian ambassador to Ashgabat and businesspeople participating in the meeting discussed ways to expand economic relations with Turkmenistan.

The Iranian Deputy Foreign Minister arrived in Ashgabat to participate in 15th Economic Cooperation Organization (ECO) summit and events held on its sideline.

President of Iran Ebrahim Raisi will arrive in Ashgabat on Saturday to take part in the 15th ECO summit. During his visit, Raisi will also hold meetings with Iranian businesspeople operating in Turkmenistan.