Turkmenistan Seeks to Strengthen Cooperation With Pakistan and India 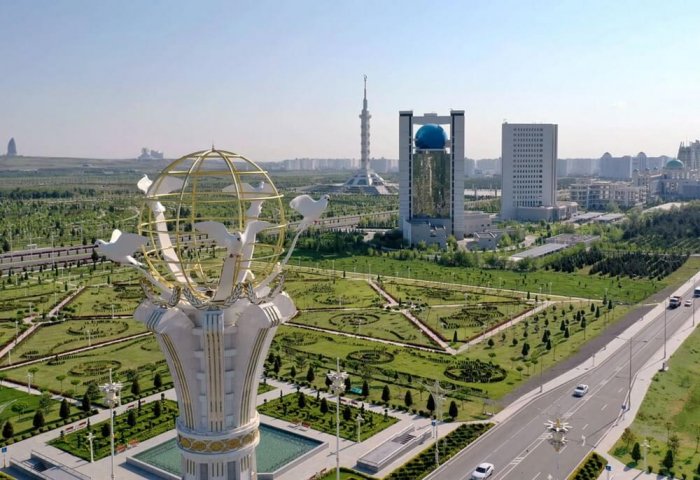 Foreign Minister Rashid Meredov briefed Turkmen President on the results of the recent visit of the Turkmen delegation to Pakistan and India.

During the meeting, Deputy Chairman of the Cabinet of Ministers, Minister of Foreign Affairs of Turkmenistan Rashid Meredov briefed on the results of the recent visit of the Turkmen delegation to Pakistan and India.

Particularly, the Vice Premier briefed about the participation of the Turkmen delegation at the meeting of foreign ministers of the India-Central Asia Dialogue held in New Delhi. At the meeting, the Turkmen side discussed a number of important issues, and initiatives to organize expert consultations. The sides underscored the importance of implementing the projects of Turkmenistan-Afghanistan-Pakistan-India (TAPI) gas pipeline and the Uzbekistan-Turkmenistan-Iran-Oman transport corridor, the official media of Turkmenistan reports.

The meeting in New Delhi paid special attention to the issues of Afghanistan. The agreements reached at this meeting were outlined in the final Joint Statement.

Meredov also informed about the meetings with Indian Prime Minister Narendra Modi and the Indian foreign minister. Proposals were made to hold a meeting of the Joint Intergovernmental Turkmen-Indian Commission on Trade, Economic, Scientific and Technical Cooperation, to establish a bilateral Turkmen-Indian interdepartmental working commission to implement the TAPI project and organize a meeting of the Steering Committee of the project.

Meredov said the Indian side attaches great importance to the upcoming participation of the President of Turkmenistan as a guest of honor in the celebration of the India’s Republic Day on January 26, 2022.

The Turkmen Foreign Minister added that the Turkmen delegation during the visit to Pakistan attended an Extraordinary meeting of the Council of Foreign Ministers of the Organization of Islamic Cooperation in Islamabad, which resulted in the adoption of a Resolution on the humanitarian situation in Afghanistan.

The delegation also held meetings with President of Pakistan Arif Alvi and Pakistan’s Foreign Minister. During the meetings, initiatives were announced regarding the 6th meeting of the joint intergovernmental commission and the creation of the joint committee for the implementation of the TAPI project.