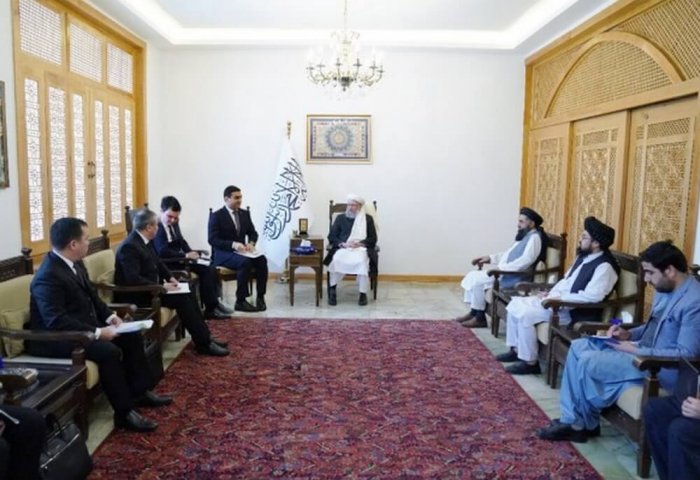 The sides reviewed the key areas of Turkmen-Afghan cooperation in the political-diplomatic, trade-economic, and cultural-humanitarian spheres.

The Turkmen delegation led by Deputy Foreign Minister Vepa Hajiyev held a series of meetings with Afghan Government officials in Afghanistan on Saturday. The sides paid special attention to intensifying the pace of joint projects in key sectors.

During the constructive talks, the sides discussed current issues of the bilateral agenda and reviewed the key areas of Turkmen-Afghan cooperation in the political-diplomatic, trade-economic, and cultural-humanitarian spheres.

The meeting also discussed issues of ensuring the well-being and stable development on the Afghan land and the possibility of integrating the country into large-scale regional economic, energy and transport-communications projects.

During the meeting, the Afghan side expressed its gratitude to the leadership and people of Turkmenistan for the regular support of Afghanistan.