Iran’s Exports by Rail Through Sarakhs Border Crossing Up 73% 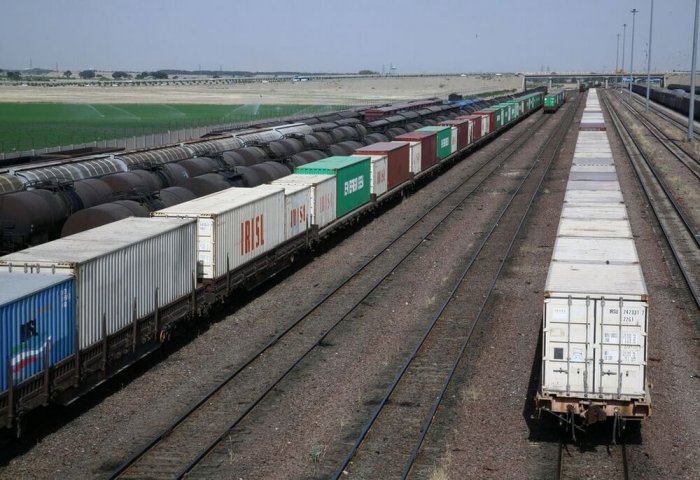 925 thousand tons of cargo loaded in more than 14.7 thousand wagons were exported to Central Asian countries through the railway crossing during the period. (Photo: Tehran Times)

Iran’s exports by rail through its Sarahks border crossing to Central Asia in the first ten months of the current Iranian calendar year (started on March 21, 2021) surged 73% compared to the same period last year, IRNA news agency reported last Thursday, with reference to the Director-General of the Railways of Khorasan Razavi province Mostafa Nasiri.

Mostafa Nasiri added that 925 thousand tons of cargo loaded in more than 14.7 thousand wagons were exported to Central Asian countries through Sarakhs railway border during the period.

Among the products exported through the railway crossing to Central Asia, cement takes the leading place with a share of 32%.

The main export destinations of the Iranian exports through the Sarakhs railway crossing were Uzbekistan, with a 41% share, and Turkmenistan, with a 37% share.

Sarakhs border city is located 202 kilometers to the northeast of the Khorasan Razavi province’s capital Mashad.