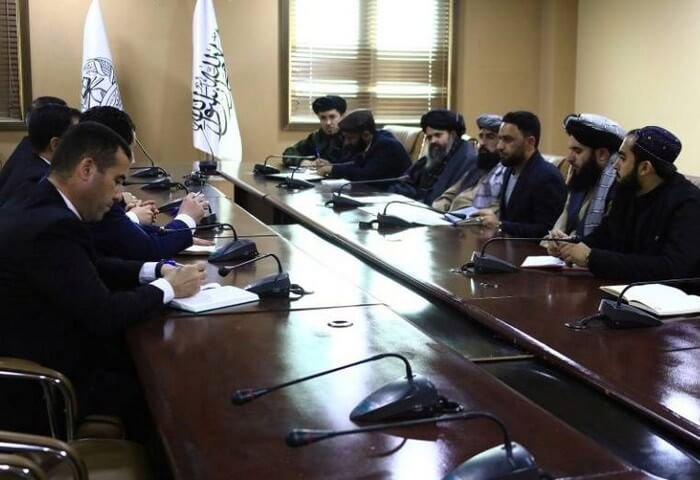 The Turkmen delegation told the Afghan security officials that practical work on the TAPI project would begin in the coming days. (Photo: Ministry of Interior Affairs of Afghanistan)

The representatives of the Afghan ministries of interior affairs and defense presented a security plan for the Turkmenistan-Afghanistan-Pakistan-India (TAPI) gas pipeline project to the Turkmen Ambassador to Kabul Hoja Ovezow and the TAPI Pipeline Company Limited CEO Muhammetmyrat Amanov in a meeting in Kabul on Wednesday.

The Turkmen delegation told the security officials that practical work on the TAPI project would begin in the coming days, the Afghan online newspaper Hasht-e Subh reported on Thursday.

The TAPI pipeline is expected to carry 33 billion cubic meters (bcm) of natural gas each year along a route stretching 1,800 km from Galkynysh, the world's second-biggest gas field in Turkmenistan, to the Indian city of Fazilka near the Pakistan border.