Turkmenistan to Attend 78th Session of ESCAP in Bangkok 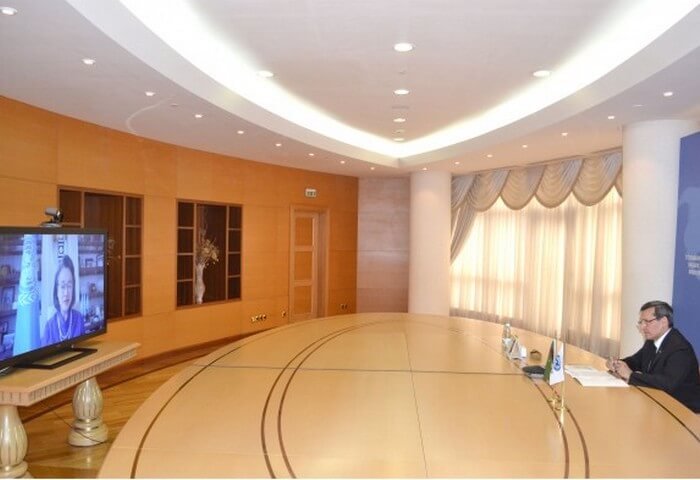 Rashid Meredov confirmed the commitment of the Turkmen government to implement the 2030 Agenda for Sustainable Development.

Deputy Chairman of the Cabinet of Ministers, Minister of Foreign Affairs of Turkmenistan Rashid Meredov held an online meeting on Tuesday with the UN Deputy Secretary-General, Executive Secretary of the UN Economic and Social Commission for Asia and the Pacific (ESCAP) Armida Salsiah Alisjahbana.

During the meeting, Meredov said Turkmenistan will be represented at a fairly high level at the 78th session of ESCAP, scheduled to be held in Bangkok in May 2022, the Turkmen Foreign Ministry said in its press release.

He confirmed the commitment of the Turkmen government to implement the 2030 Agenda for Sustainable Development, and voiced a number of initiatives of the Turkmen side to expand partnership with the ESCAP.

Rashid Meredov announced that Turkmen delegation would take an active part in the Global Forum on Migration, which will be held on May 17-20, 2022 in New York.

The Turkmen side considers the event as another opportunity to consolidate efforts to address the global migration agenda in the light of changing realities, the minister said.

The sides also touched upon the priority issues caused by the pandemic. The Turkmen side announced its readiness to cooperate in overcoming the pandemic’s economic, social and financial consequences.