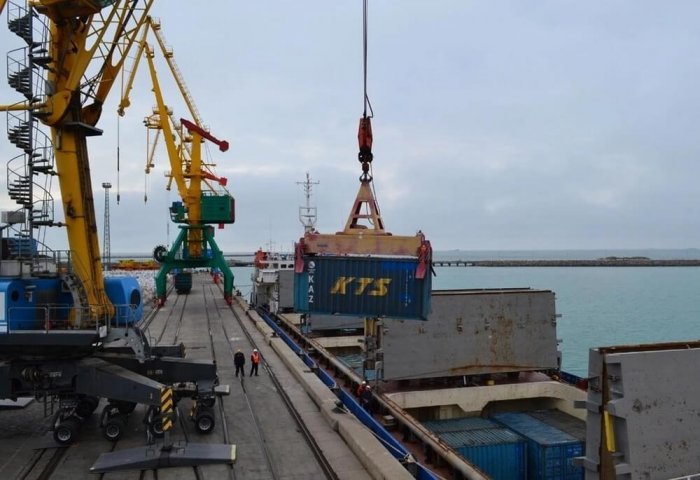 The Middle Corridor is one of the most important components of the efforts to revive the ancient Silk Road.

The volume of cargo passing through the Trans-Caspian International Middle East-West Corridor (Middle Corridor) this year will be six times higher than last year, Anadolu Agency cites Foreign Minister of Türkiye Mevlut Cavusoglu as saying in his opening remarks in the trilateral meeting between the ministers of foreign affairs and transport of Turkey, Azerbaijan and Kazakhstan held in Aktau on Friday.

The Middle Corridor, which begins in Türkiye and passes through the Caucasus region, crosses the Caspian Sea, traverses Central Asia and reaches China, is one of the most important components of the efforts to revive the ancient Silk Road, according to the report.

Stating that Austrian, Danish and Finnish transport companies started using the Middle corridor more and more, Cavusogly added that, "We can realize our potential by removing the barriers to transportation and trade."

Noting the importance of diversification of sources and routes in energy, the top Turkish diplomat informed that they cooperated with Azerbaijan in the transportation of Caspian gas to Europe, and that Azerbaijani, Kazakh and Turkmen oil has been transported from the Caspian Basin for 16 years through Baku-Tbilisi-Ceyhan pipeline.

In October this year, participants of the 6th Meeting of the Ministers in charge of Transport of the Organization of Turkic States expressed their eagerness to continue their efforts on taking the necessary measures to facilitate transport and transit operations along the Middle Corridor.