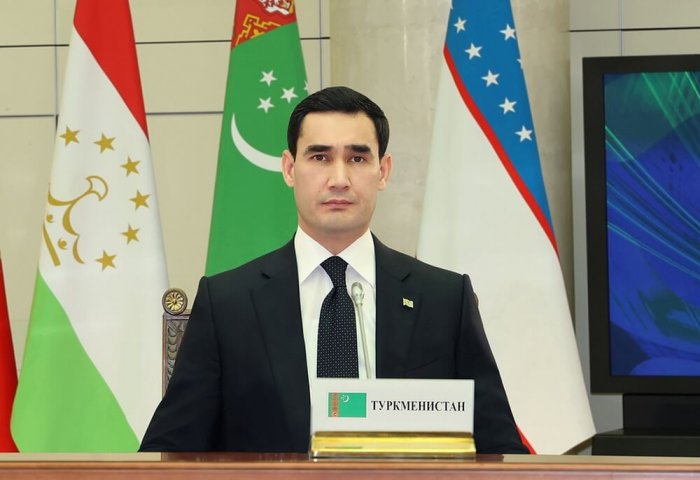 President of Turkmenistan Serdar Berdimuhamedov took part in the informal summit of the CIS Heads of State in St. Petersburg on Monday, the official Turkmen media reports.

Russian President Vladimir Putin opened the informal summit with warm welcome to the participants. The Russian Leader said cooperation among the CIS countries includes such important areas as preservation of a common cultural and humanitarian space and expansion of exchanges between the citizens.

The informal meeting provided an opportunity for the CIS Leaders to discuss key aspects of practical cooperation and a number of international issues of mutual interest, according to the report.

The sides analyzed the results of the works carried out in 2022 and concretized the priority tasks for the forthcoming period.

Noting the importance of promoting the CIS economic interests beyond its geographic boundaries, integration into the joint projects of neighboring countries and regions, Turkmenistan repeatedly stressed that it concerns, above all, creation of transport and transit infrastructure, optimization and expansion of energy supplies, construction of new communication lines and communications, the official media said.

The meeting participants noted that the current informal summit can be viewed primarily as yet another indisputable evidence of mutual aspiration and determination of the regional neighboring countries to raise the traditional partnership to a qualitatively new level, give it a businesslike and constructive nature, taking into account the accumulated positive experience of cooperation, achievements of national economies and, of course, the vast economic and resource potential available.

In this regard, the parties stressed the need to strengthen political and diplomatic interaction through contacts between the foreign ministries of the CIS member states and the creation of effective system of multilateral political consultations.

The Heads of State expressed confidence that this informal summit will give a powerful impetus to the further consolidation of efforts and implementation of new important joint projects in the common interests.

The previous informal summit of the CIS Heads of State was held in October this year.