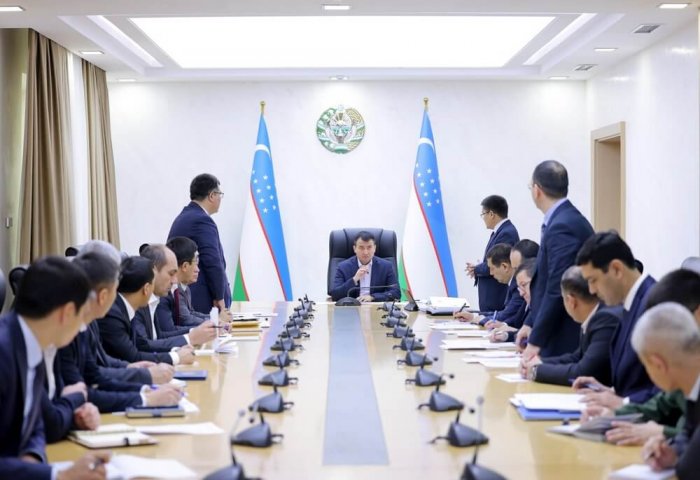 As a result of the meeting at the Ministry of Investments and Foreign Trade of Uzbekistan on Wednesday, the relevant officials were assigned tasks to accelerate the launch of the Uzbek-Turkmen border trade zone.

The parties analyzed in detail the execution of specific tasks set in the Protocol on the creation of "Uzbek-Turkmen border trade zone - Trade center" signed during the state visit of President of Uzbekistan to Turkmenistan in October this year.

The meeting participants also discussed the aspects of interaction with the Turkmen side to agree on working regimes of the Trade Center, the application of benefits and preferences in tax administration, customs and border control. The sides stressed the need for a consistent and high-quality joint work on issues arising in the course of the project.

At the end of the meeting the participants stressed the importance and prospects of the trade center's soonest launch for the development of trade-economic relations between the two countries and in this contex  t additional tasks were set to speed up the project.

The solemn ceremony to mark the laying of the foundation of the Uzbek-Turkmen border trade zone was held with the participation of President of Uzbekistan Shavkat Mirziyoyev and President of Turkmenistan Serdar Berdimuhamedov in October.