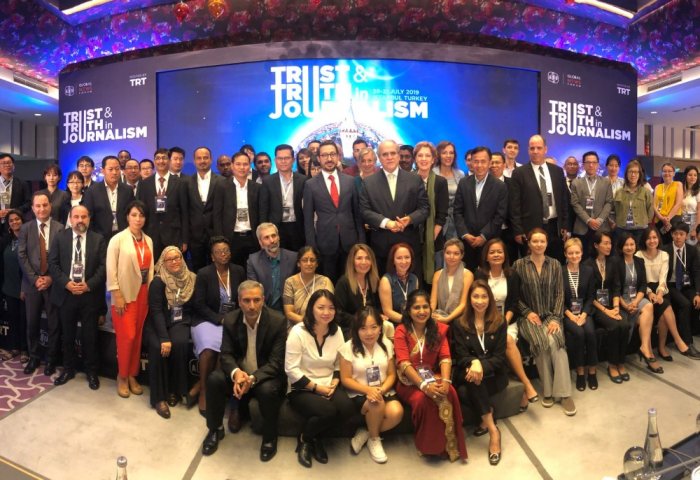 Turkmen delegation took part in the fifth Global News Forum jointly organized by the Asia-Pacific Broadcasting Union (ABU) and the Turkish State Radio and Television Company (TRT) in Istanbul on July 29-31, according to the Ministry of Foreign Affairs of Turkmenistan.

The forum, hosted by TRT in Istanbul, has brought together 120 guests from 35 countries under the theme of “Trust and Truth in Journalism”

Top newsmakers from the Asia-Pacific region discussed a number of important issues, in particular the activities of the media at the world level.

Warning against fake news, which is made up and circulated in social media, Turkish Radio and Television Corporation (TRT) Director General Ibrahim Eren said Tuesday the mainstream media was regaining its space thanks to its reliability.

"The most important thing that the people seek is a reliable news source,'' he said.

''For this reason, the mainstream media and journalism have started to return to the center stage,” Eren told Anadolu Agency on the sidelines of the 5th Global News Forum (GNF), one of the most important events of the Asia-Pacific Broadcasting Union (ABU).

The aim of the forum was to discuss the dynamics of journalism being affected or influenced by the developments in the real or virtual world.