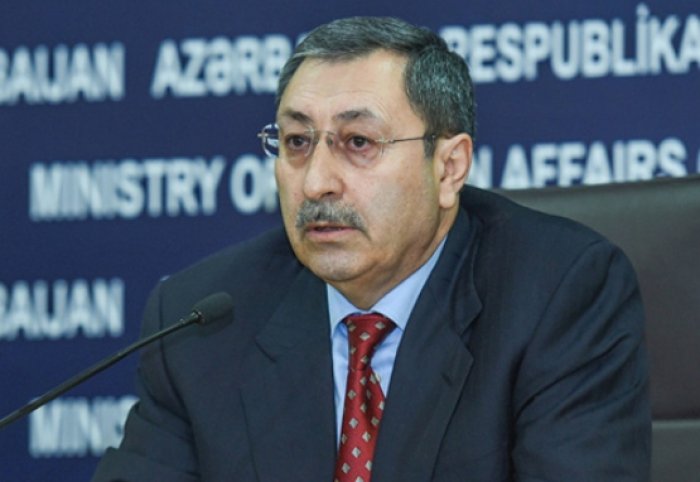 Halafov: "The Convention is a good opportunity for us, our people, to develop cooperation."

By adopting the Convention on the Legal Status of the Caspian Sea, the Caspian Five (Russia, Iran, Azerbaijan, Kazakhstan and Turkmenistan) ensured political stability in the region, Interfax-Azerbaijan cites Azerbaijani Deputy Minister of Foreign Affairs, Special Representative of the Azerbaijani President for border and Caspian Sea issues Khalaf Khalafov as saying at the opening of the 9th International Caspian Energy Forum Baku – 2019.

According to him, the Convention also takes into account the unity of economic and security interests, which "is a good opportunity for us, our people, to develop cooperation."

"In this regard, I believe that Azerbaijan’s mutual friendly relations with Russia, Iran, Turkmenistan and Kazakhstan played a role in the adoption of the Convention. Of course, the political will of the states also said its word," the diplomat said.

Caspian littoral states during the first Caspian Economic Forum in Turkmenistan, according to the deputy minister, unanimously expressed their will to implement large transport, energy, and communication projects in the Caspian region.

"We are ready to support international cooperation in the Caspian Sea. The specialists of our countries can contribute to the development of such cooperation by playing a central role in this issue," Khalafov said.

"In the future, we can continue our cooperation on the implementation of new trans-Caspian projects that will open up new prospects for our countries. The reached agreements allow all countries to have the same access, from the point of view of transport and communications, to world markets, "the Azerbaijani diplomat added.