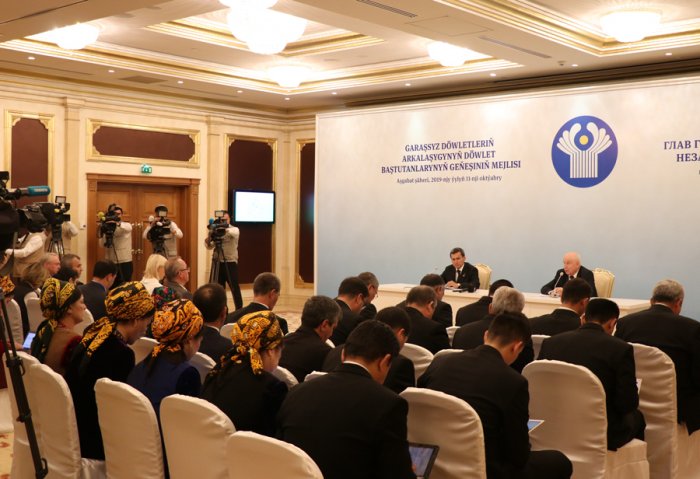 Eight documents were signed at the meeting of the Council of Heads of States of CIS in Ashgabat.

This was announced at the press briefing by Foreign Minister of Turkmenistan Rashid Meredov and Chairman of the CIS Executive Committee, Executive Secretary Sergey Lebedev following the Friday meeting in Oguzkent hotel.

Turkmen Foreign minister said that the first important document signed at the meeting was the Address of the CIS Heads of States to the People of the Commonwealth and World Community on the occasion of the 75th Anniversary of the Soviet People’s Victory in 1941-1945 Great Patriotic War. He emphasized the Turkmen Presidents proposal to organize festivities regarding this important date and noted the importance of this event for nations of the CIS.

Besides the two documents, the parties signed the resolutions On the Chairmanship in the Commonwealth of Independent States in 2020, On holding the next Summit of the Heads of States Council of the Commonwealth of Independent States, several documents regarding the Chairman of the CIS Executive Committee and Executive Secretary, as well as several other interstate documents on cooperation.