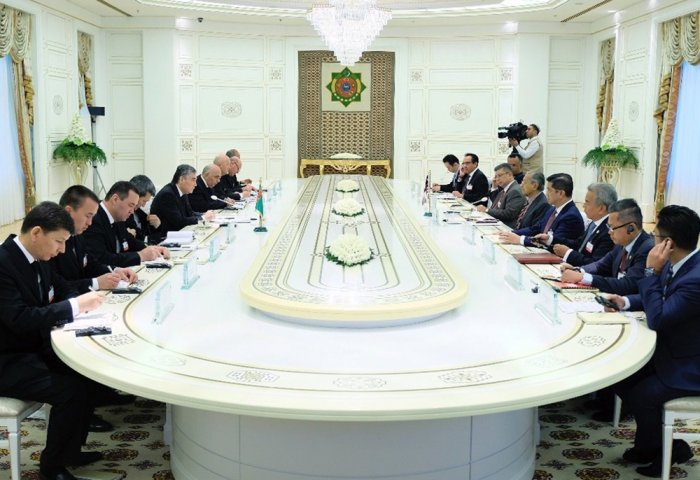 The Turkmen-Malaysian talks covered a wide range of bilateral, regional and international issues of mutual interest.

President of Turkmenistan Gurbanguly Berdimuhamedov held talks with the Prime Minister of Malaysia Mahathir Mohamad, who arrived in Ashgabat on an official visit, at the Oguzhan palace complex on Sunday.

According to the Turkmen Foreign Ministry, at the beginning of the negotiations, the Turkmen President welcomed the head of the Malaysian government and thanked him for accepting the invitation.

The talks covered a wide range of bilateral, regional and international issues of mutual interest. Confirming the common desire to maintain close contacts at a high level and to deepen cooperation in all areas, the parties paid special attention to the tasks of cooperation between Turkmenistan and Malaysia in the fields of politics, economy, trade, energy, technology, logistics, industry and in the cultural and humanitarian sphere. The parties paid special attention to the activities of the Petronas company in Turkmenistan.

The Malaysian Prime Minister noted that Turkmen students, studying at the higher educational institutions of Malaysia, would become a bridge, connecting the two countries and emphasized that the number of Turkmen students in Malaysia would significantly increase in the future.

The Prime Minister then invited the President Gurbanguly Berdimuhamedov to pay a visit to Malaysia.

Then negotiations continued in the Ak altyn Hall in an expanded format with the participation of the members of official delegations of the two countries. During friendly and active negotiations, the parties discussed a Turkmen-Malaysian relations and drew attention to the prospects for cooperation.

During the talks, the Turkmen Leader expressed the readiness of Turkmenistan to cooperate with the Association of Southeast Asian Nations (ASEAN) and offered to hold the second Turkmen-Malaysian business forum in Ashgabat. Malaysia’s capital Kuala Lumpur hosted the first such business forum.

Following the talks in expanded format in the Mermer hall, the Leaders of the two states adopted a package of bilateral documents. Then, the President of Turkmenistan and the Prime Minister of Malaysia addressed the media representatives.

After the talks, the President of Turkmenistan gave an official dinner at the Banquet Hall of the Oguzkent Hotel in honor of the Prime Minister of Malaysia. 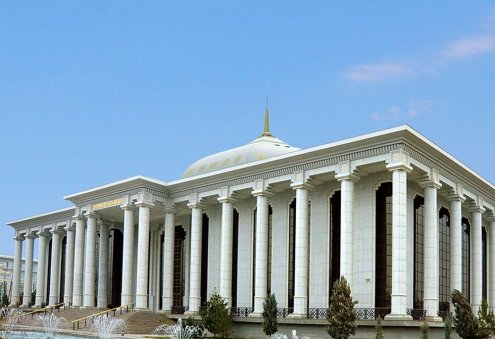 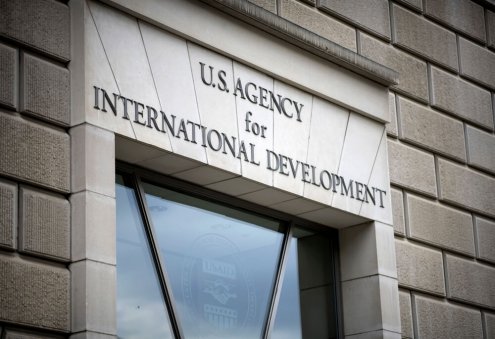