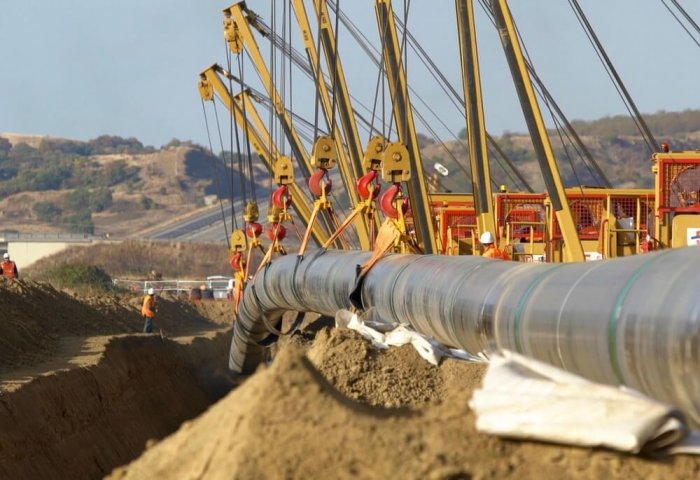 the Trans-Caspian gas pipeline was included in the latest list of Projects of Common Interest of European Commission. (Photo: TAP AG)

Turkmenistan can make significant contribution to the Southern Gas Corridor as a natural gas supplier, Trend news agency reported on Monday with reference to the Ministry of Economy, Energy and Business Environment of Romania.

"We must not forget that Turkmenistan ranks fourth in the world in terms of natural gas reserves after the Russian Federation, Iran and Qatar," the Ministry said, adding that the Southern Gas Corridor is of particular importance for the energy diversification of the European Union.

According to the Romanian side, Turkmenistan is considered as potential supplier of natural gas at the next stages of the project's development.

The Ministry also noted that the participation of Romania and Turkmenistan in the fifth ministerial meeting of the Southern Gas Corridor Advisory Council held in February last year in Baku testifies to the support of the two countries for this project.

According to the report, the Trans-Caspian gas pipeline project was included in the list of Projects of Common Interest of European Commission, thereby gaining strategic status.

Romania has supported the Southern Gas Corridor project from the very beginning and the country is interested in being a part of this gas transport infrastructure in its future stages and having access to the volumes of gas that will be transported through this project, including potential gas volumes from Turkmenistan, the Ministry noted.

"Thanks to its membership in the European Union, geographical location and participation in strategic regional energy projects, Romania can provide long-term opportunities for Turkmen energy resources to enter the European market," the Ministry told Trend.

Representatives of Romanian companies and state institutions operating in the energy sector held an official visit to Turkmenistan in June 2019.