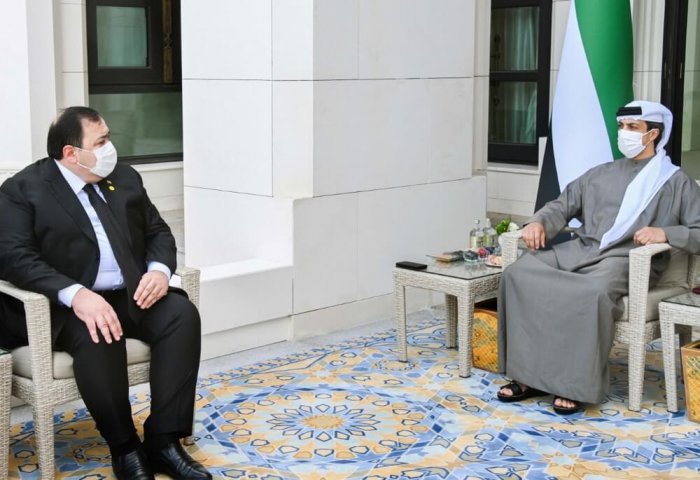 The messages were delivered to the Deputy Prime Minister and Minister of Presidential Affairs of the UAE Sheikh Mansour bin Zayed Al Nahyan.

The letters dealt with bilateral relations between the two countries and the latest regional and international developments of mutual concern, the UAE’s state media reported on Tuesday.

The written messages were delivered to Sheikh Mansour bin Zayed Al Nahyan, Deputy Prime Minister and Minister of Presidential Affairs of the UAE, when he received the Deputy Foreign Minister of Turkmenistan Berdyniyaz Matiyev at Qasr Al Watan Presidential palace in Abu Dhabi.

During the meeting, Matiyev also delivered a written message addressed to Sheikh Mansour from the Minister of Foreign Affairs of Turkmenistan Rashid Meredov.

The officials reviewed the bilateral relations between the UAE and Turkmenistan and discussed a number of joint investment issues in the energy sectors, and ways to further develop them for the benefit of the two countries.

The meeting was also attended by Suhail bin Mohammed Al Mazrouei, Minister of Energy and Infrastructure of UAE.

During his visit to the UAE, Matiyev also met with the Minister of Foreign Affairs and International Cooperation Sheikh Abdullah bin Zayed Al Nahyan. The diplomats reviewed the global fight against COVID-19 and cooperation between the two countries across economic, cultural, agricultural and health fields. 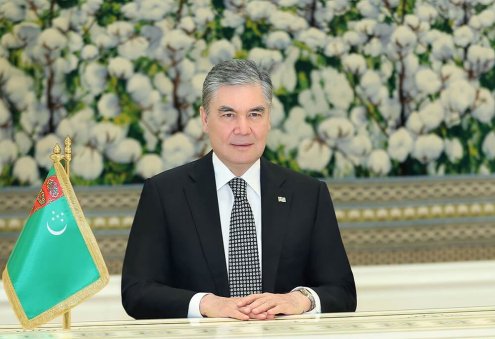