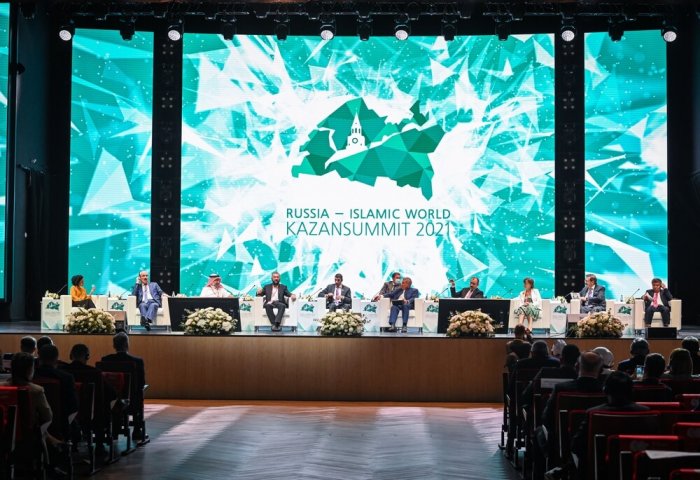 The event brought together more than 2.5 thousand guests from over 60 countries and 33 Russian regions.

Consulate General of Turkmenistan in Kazan took part in the XII international economic summit "Russia - Islamic World: KazanSummit 2021", held from July 28-30 in the capital of Tatarstan.

The event brought together more than 2.5 thousand guests from over 60 countries and 33 Russian regions, the Turkmen Consulate said in its Monday press release.

Akbabek Taganova, a founder of the Ak Tam and Ak Enar companies and a member of the Union of Industrialists and Entrepreneurs (UIET), also took part in the international event.

KazanSummit 2021 featured dozens of thematic sessions and round tables on key topics, including health, Halal lifestyle, Islamic finance, investments and prospects for economic development in a post-pandemic world. A forum of young diplomats of the member countries of the Organization of Islamic Cooperation (OIC) was also held on the sidelines of the event.

"Russia - Islamic World: KazanSummit" is a platform for economic interaction between Russia and the countries of the Islamic world. The summit took place for the first time in 2009.