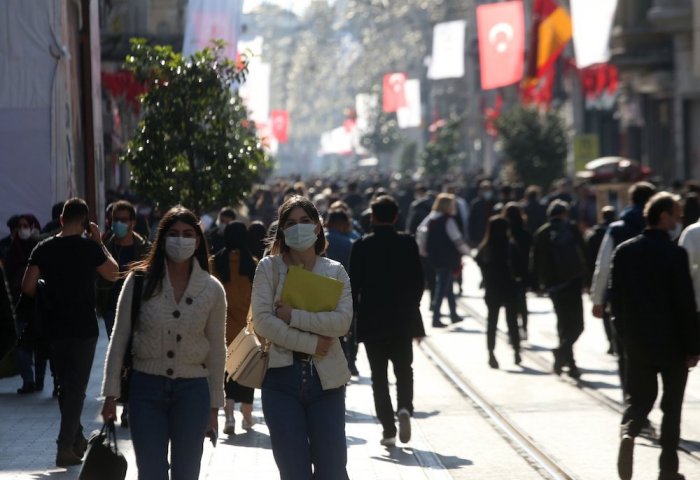 The Turkish economy’s growth in the second quarter was led by services, followed by industry, and information and communication sector. (Photo: AA)

This figure is the country’s highest annual growth rate since 1999, according to the report.

The size of the economy grew to $765.1 billion (TL 6.34 trillion) in the second quarter from $741.1 billion in current prices last year. Exports jumped 59.9% on an annual basis, while imports rose 19.2%, according to data from the Turkish Statistical Institute (TurkStat).

The Turkish economy’s growth in the second quarter was led by services, which expanded 45.8% annually, followed by industry growth of 40.5% and information and communication sector expansion of 25.3%.

Slower growth was displayed by the real estate sector, which expanded 3.7%, construction at 3.1% and agriculture at 2.3%.

“For sustainable and comprehensive growth, low inflation, exchange rate stability and predictability are of critical importance. We are trying to make it happen,” Elvan said on Twitter.

August’s inflation reading, due on Friday, is expected to stay close to July’s 18.95%.

Elvan said investments and net foreign demand accounted for 57% of the growth in the April-June period.

Following the GDP growth data’s release, the Turkish lira’s exchange rate to the U.S. dollar firmed to 8.29 from 8.32 a day earlier, according to Reuters.

The Turkish economy grew 1.8% last year, despite a 10.4% plunge in the second quarter, one of only a few globally to avoid an annual contraction amid the initial pandemic fallout.