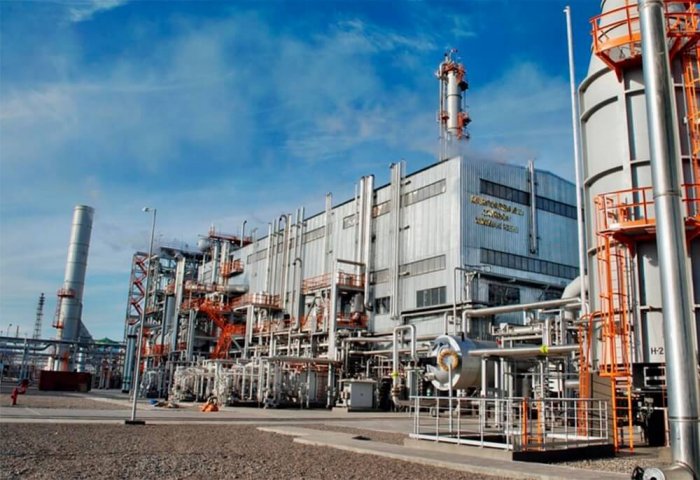 The Balkanabat plant, with an annual capacity of 450 tons, currently produces only 340 tons of technical iodine per year.

President of Turkmenistan Gurbanguly Berdimuhamedov during the online cabinet meeting on Thursday approved a proposal to build new modern production facilities at the Balkanabat iodine plant in the country’s western velayat of Balkan, as well as to repair its existing wells with iodine and bromine deposits.

The proposal was presented by the Charymyrat Purchekov, the Deputy Chairman of the Government in charge of the construction, industrial and energy issues. The project aims to increase the country's production of iodine-bromine products, which are in high demand in international markets, the country’s official media reports.

Purchekov reported said in order to implement the objectives set for the chemical industry, Türkmenhimiýa (Turkmen Chemicals) State Concern, the operator of the plant, received specific proposals from leading foreign companies with experience in the design and construction of such production facilities.

The Balkanabat plant, with an annual capacity of 450 tons, currently produces only 340 tons of technical iodine per year, the Vice-Premier said and presented specific proposals to the Head of State on its modernization. The proposal included carrying out of major reconstruction of existing wells with iodine and bromine deposits and to build new production facilities at the plant.

To this end, Purchekov proposed to hold a tender with the participation of interested foreign companies for the construction of modern production facilities for technical iodine, bromine and bromine products.

Approving the submitted proposals, the Turkmen President instructed Purchekov to continue exploring opportunities to increase the output of high-quality technical iodine at the plants operating in the western region, and actively engage foreign companies with extensive experience and technology in this area.

Türkmenhimiýa’s Bereket and Balkanabat plants in Balkan velayat produce over 500 tons of high-quality technical iodine annually by processing iodine and bromine-saturated groundwater. Most of the products are exported to international markets.