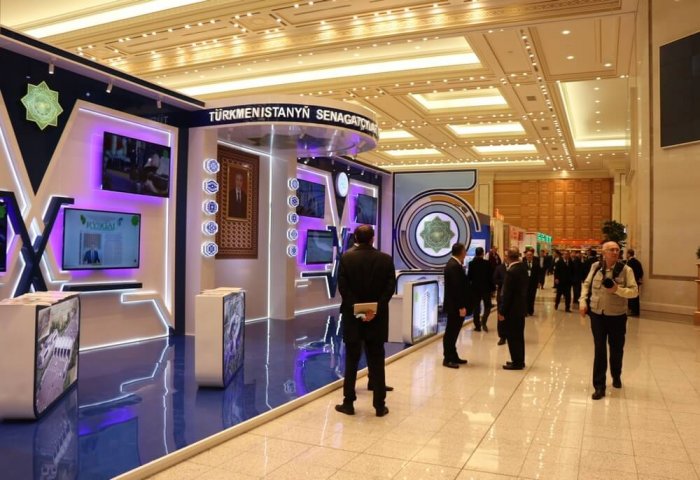 The forum gathered heads and representatives of major Turkmen state-owned enterprises, and member businesses of the UIET producing export products.

Turkmenistan's capital Ashgabat hosted on Thursday an international conference in a hybrid format dedicated to strengthening trade ties of Turkmenistan with foreign countries and realizing the country's export potential.

The forum gathered heads and representatives of major Turkmen state-owned enterprises, and member businesses of the Union of Industrialists and Entrepreneurs of Turkmenistan (UIET) producing export products. Foreign delegates expressing interest in trade and economic cooperation with Turkmenistan joined the conference via video link, the UIET reported on its website.

According to the reports made during the conference, Turkmenistan currently maintains trade and economic relations with more than 80 states and the share of exports in foreign trade turnover of Turkmenistan from January to October this year reached 58.6%. Deliveries of products manufactured in the country during the period increased by 29.1% compared to 2020.

Eyeing increase of exports, Turkmenistan has developed a strategy for accession to the World Trade Organization (WTO). WTO membership is expected to facilitated the access of state-owned enterprises and the private sector of the country to major foreign markets.

The Government envisages the full digitalization of the State Commodity and Raw Materials Exchange of Turkmenistan to make it possible to participate in the commodity exchange trading from anywhere in the world.

Based on the results of the conference it is planned to develop specific recommendations and strategies to increase exports of Turkmen products based on the current realities of the global economy.