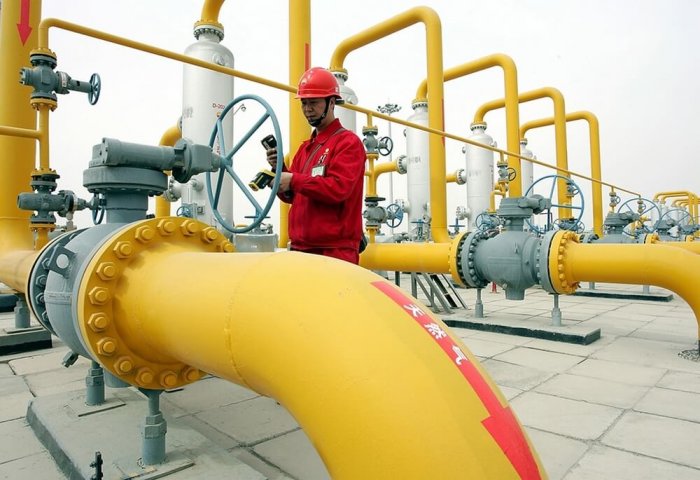 Since the opening of the Turkmenistan-China gas pipeline in 2009, over 320 bcm of Turkmen gas has been exported to China. (Photo: ADB)

Turkmenistan exported around 34 billion cubic meters of natural gas to China in 2021, Chen Huailong, General Director of the Chinese National Petroleum Corporation (CNPC) branch in Turkmenistan, said during a meeting hosted by President of Turkmenistan Gurbanguly Berdimuhamedov on Wednesday in the country’s eastern velayat of Lebap.

The meeting was dedicated to the results of Turkmen President’s visit to Lebap velayat and discussed issues related to the further improvement of the country's fuel and energy complex, the introduction of modern scientific achievements and the development of international cooperation in this area.

The event was also attended by Deputy Chairman of the Government Shahym Abdrakhmanov, overseeing the country's oil and gas industry, heads and specialists of the country’s fuel and energy complex, and the Khyakim (Governor) of Lebap velayat.

Chen Huailong stressed that he has been working in Turkmenistan since 2003 and has witnessed the beginning of a new era of Turkmen-Chinese cooperation in the oil and gas sector.

Continuing his speech, the Head of CNPC branch said on July 17, 2007, with the participation of the Turkmen President and the Chairman of the PRC, the Türkmengaz (Turkmen Gas) State Concern and the CNPC corporation signed a Production Sharing Agreement on the Bagtyyarlyk contractual territory, where the industrial development of 29 gas fields and production of natural gas from 137 wells is presently carried out.

Chen Huailong stressed that "in 2021, around 34 billion cubic meters of natural gas were sent from Turkmenistan to China."

He added that the commissioning of the Malay gas compressor station in January last year allowed the uninterrupted supply of natural gas to China during the winter heating season. Since the opening of the Turkmenistan-China gas pipeline in 2009, over 320 bcm of Turkmen gas has been exported to China.

Focusing on the project of drilling three wells in the Galkynysh gas field, which began in August last year, Chen Huailong assured that CNPC will make every effort to complete these works this year.

In conclusion of his speech, the Head of the Turkmen branch of CNPC said that in light of the growing global trend towards low-carbon emissions and expectations of a significant increase in the share of natural gas in total energy consumption, Turkmenistan occupies a key position in the international energy system.

The industrial development of newly discovered gas fields in Turkmenistan resulted in the increase of the country's natural gas resources by 126 bcm in 2021.