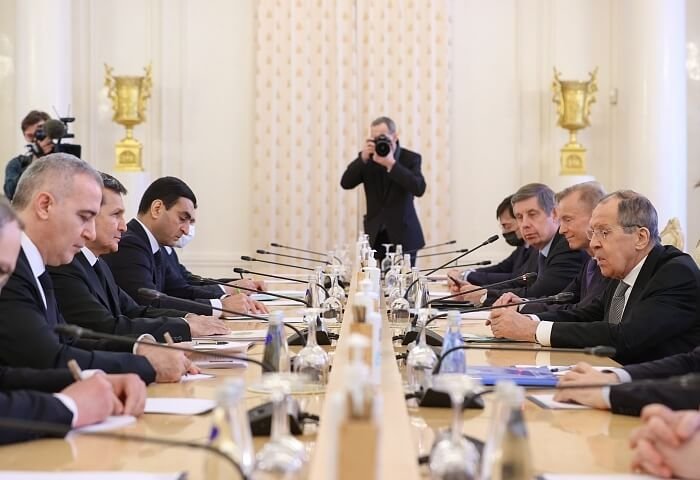 Turkmenistan aims to further develop and expand relations with Russia, the Turkmen Foreign Minister Rashid Meredov said on Tuesday at the opening of talks with his Russian counterpart Sergey Lavrov.

"Sending our delegation to Moscow, the respected President of Turkmenistan yesterday, meeting with members of the Cabinet of Ministers, regional heads of the country paid special attention to this working visit. In particular, the President of Turkmenistan said very clearly that the strategic partnership with the Russian Federation is one of the priorities of Turkmenistan's foreign policy course. Proceeding from this, we are certainly aimed at further development and expansion of our relations in a wide range of directions", TASS news agency cites Meredov as saying during the meeting.

The foreign ministers discussed a wide range of issues of bilateral cooperation and exchanged views on topical issues of regional and international politics, according to the Turkmen Foreign Ministry’s press release.

During the talks, the heads of the foreign policy agencies of Turkmenistan and Russia also stressed the importance of the 30th anniversary of diplomatic relations between the two countries celebrated this year.

Upon the outcomes of the meeting, Sergey Lavrov and Rashid Meredov adopted a statement on the occasion of the 30th anniversary of the establishment of diplomatic relations between countries and signed the Plan of Events dedicated to this date and the Plan of Main Areas of Bilateral Cooperation in the Field of International Information Security for 2022-2025.

The Turkmen Foreign Minister also held a talks with heads of other government agencies of Russia.