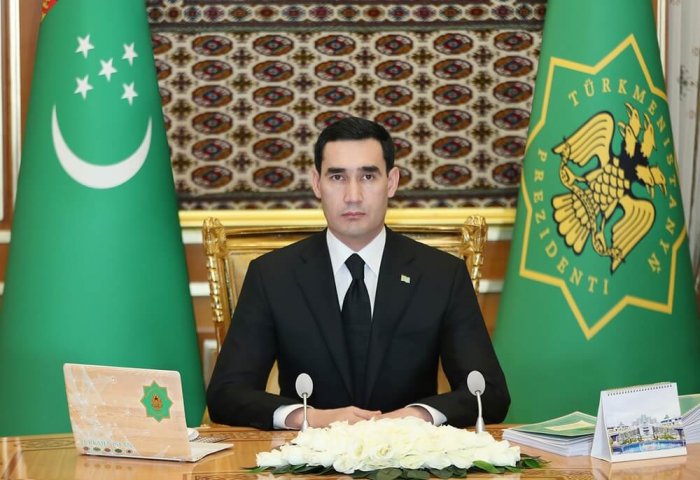 President of Turkmenistan Serdar Berdimuhamedov held a meeting on Tuesday related to the appointment of heads of ministries and sectoral departments.

Most of the heads of state institutions kept their posts, with only the head of the Central Bank of Turkmenistan and the chairmen of the State Statistics Committee and the Türkmennebit (Turkmen Oil) State Concern having been replaced.

The Head of State appointed Toyly Myalikov the Chairman of the Central Bank. He was also appointed the governor of Turkmenistan at the International Monetary Fund and the Asian Development Bank. Myalikov previously served as the Deputy Minister of Finance and Economy of Turkmenistan.

Dovletgeldi Amanmuhammedov, previously the Deputy Minister of Labor and Social Security of Turkmenistan, became the new Chairman of the State Statistics Committee.

Concluding the meeting, President Serdar Berdimuhamedov congratulated the appointed leaders, wishing them good health and success in their work for the happiness of Turkmen citizens and the well-being of the country.

At the end of March, the Turkmen President appointed the deputy chairpersons of the Cabinet of Ministers.