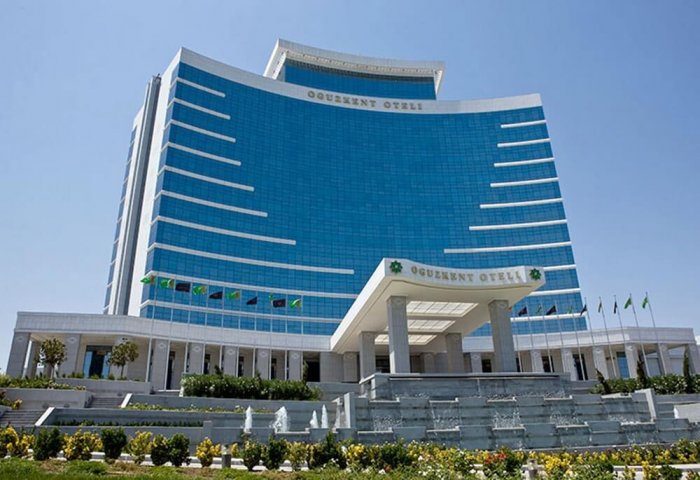 The 12th meeting of the International Akhal-Teke Horse Breeding Association was held on Wednesday at the Oguzkent Hotel in Turkmenistan’s capital Ashgabat under the chairmanship of Turkmen President and head of the Association Serdar Berdimuhamedov.

During the meeting, President Serdar Berdimuhamedov signed decrees on awarding the honorary title "Honored Horse Breeder of Turkmenistan" to domestic horse breeders, as well as foreign members of the Association, who have made a worthy contribution to the development of Akhal-Teke horse breeding. The head of the Asssociation additionally signed decree approving the decision to admit new Turkmen and foreign horse breeders to membership in the Association, the official media of Turkmenistan reports.

In her speech, Michiko Aoe, General Director of the Akhal-Teke Affinity Co Ltd and a member of the International Akhal-Teke Horse Breeding Association, who was awarded the title of Honorary Breeder of Turkmenistan by the Resolution of the head of state, congratulated the President of Turkmenistan on his victory in the elections.

Amanzhol Amandykovich Hasenov, Director of National Equestrian Sports Center of the Committee for Sports and Physical Education of Kazakhstan, and a newly accepted member of the Association, said he was pleased with the approval of his request for membership and expressed sincere gratitude to the President of Turkmenistan.

The International Association of Akhal-Teke Horse Breeding, which was established in 2010 on the initiative of Gurbanguly Berdimuhamedov, is aimed at preserving, studying and developing the national art of horse breeding, promoting equestrian sports, as well as expanding effective interaction with foreign partners in this direction.

The exhibition, which included works of fine, decorative and applied arts, carpet and jewelry art, as well as photographic works devoted to Akhal-teke horses, was held on the sidelines of the meeting of the Association.