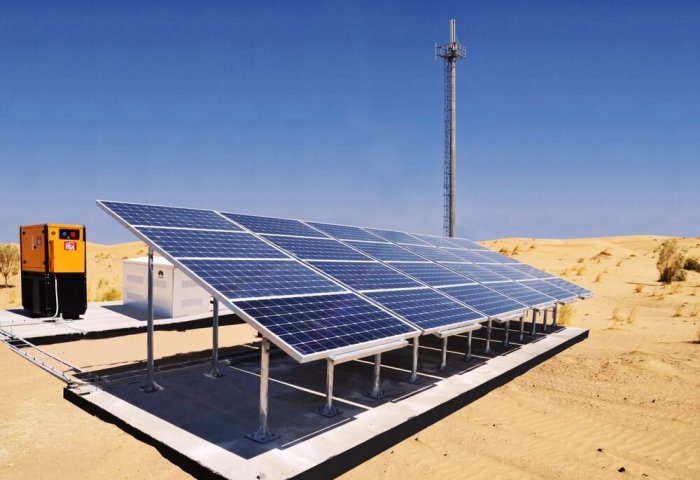 Charymyrat Purchekov, the Deputy Chairman of the Turkmen Government in charge of the construction, industrial and energy issues, during the online cabinet meeting on Friday voiced the proposal on using renewable energy sources for power supply of settlements located on the outskirts of the country, in hard-to-reach areas.

The Cabinet of Ministers meeting was hosted by the President of Turkmenistan Serdar Berdimuhamedov.

In his report on the ongoing activities for the use of renewable energy sources in the country, Purchekov also briefed on the ongoing works to build a hybrid solar-wind power plant with a capacity of 10 megawatts in Serdar district of the country’s western province of Balkan, in the vicinity of the Altyn Asyr Turkmen Lake to supply consumers of settlements that will be created nearby, the official media of Turkmenistan reports.

President Serdar Berdimuhamedov approved the submitted proposal and stated the importance of the ongoing work in this area.

Stating the exceptional demand for new green energy projects, the Head of State stressed that the construction of cost-effective alternative energy facilities that do not harm the environment will directly contribute to the successful implementation of all state goals, including those to ensure environmental well-being and sustainable socio-economic development of the country's provinces.

The cabinet meeting discussed priority issues of state affairs and considered drafts of a number of documents.