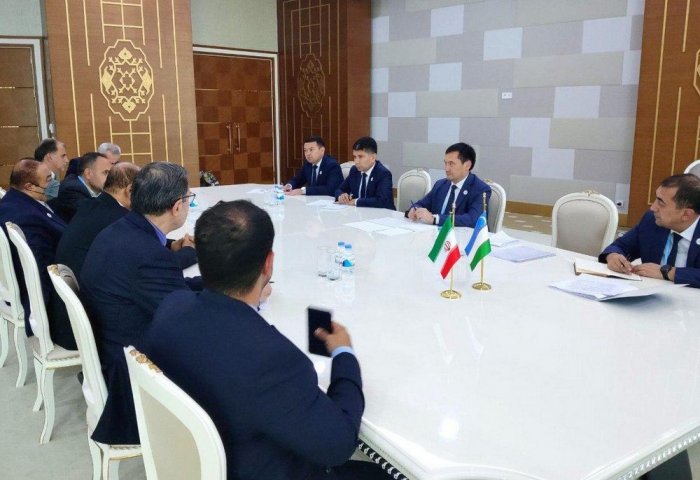 Uzbek and Iranian official in a meeting in Avaza agreed to reduce fees and charges for international road transport.

Turkmenistan, Uzbekistan and Iran agreed to simplify the regime of international cargo transportation, according to the Wednesday press release of the Ministry of Transport of Uzbekistan.

Minister of Transport of Uzbekistan Ilhom Mahkamov held bilateral talks with Mammethan Chakiyev, the General Director of the Agency for Transport and Communications under the Turkmen Cabinet of Ministers, and Minister of Roads and Urban Development of Iran Rostam Qasemi on the sidelines of the Ministerial Transport Conference of Landlocked Developing Countries held in the Turkmenistan’s Avaza National Tourist Zone on August 15-16.

Turkmen and Uzbek officials agreed to organize intermodal transportation to Turkey (via Lake Van) along the international transport and transit corridor Uzbekistan-Turkmenistan-Iran in the framework of the Ashgabat agreement, reduce the fees for road transport, simplify procedures for national drivers of Uzbekistan to obtain Turkmen visas.

On Tuesday, Turkmenistan, Uzbekistan, Iran and Kazakhstan signed the final Additional Protocol to Agreement on the establishment of an international transport and transit corridor (Ashgabat Agreement).