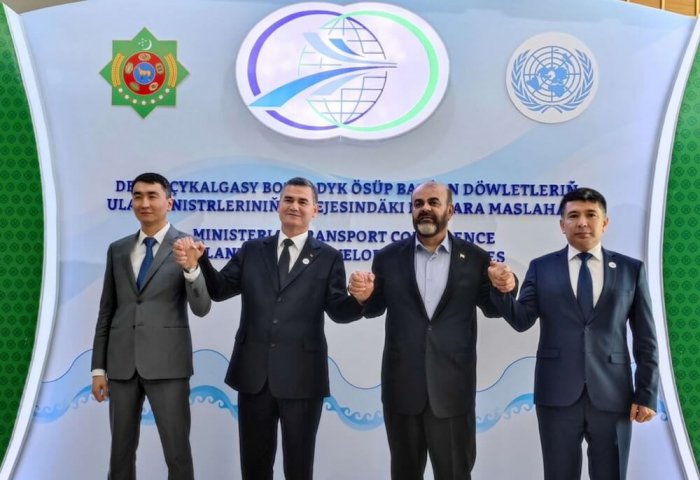 The document was signed at the second meeting of the Coordinating Council of the member countries of the Agreement in Turkmenistan’s Avaza National Tourist Zone (Photo: Orient news agency)

Turkmenistan, Uzbekistan, Iran and Kazakhstan signed the final Additional Protocol to Agreement on the establishment of an international transport and transit corridor (Ashgabat Agreement). The document was signed at the second meeting of the Coordinating Council of the member countries of the Agreement in Avaza National Tourist Zone located at the Turkmen coast of the Caspian Sea.

Opening the meeting, Mammethan Chakiyev, the General Director of the Agency for Transport and Communications under the Turkmen Cabinet of Ministers, emphasized that Ashgabat pursues a policy of broad cooperation in the transport sector, having ratified 12 international conventions on transport and initiating the adoption by the UN General Assembly of four resolutions in this area, the Ashgabat based Orient news agency reported on Tuesday.

The meeting participants considered a number of issues relating to the simplification of the visa regime for participants of international road transport, removal of barriers to bilateral and transit road freight movement.

The sides also discussed the unification and determination of a single through tariff in rail freight transport, as well as the parity amount of fees and charges levied on crossing state borders for transport services related to road transport.

The Ashgabat Agreement entered into force on April 23, 2016. It was preceded by a Memorandum of Understanding, which was signed in August 2014 in Muscat, Oman, by the foreign ministers of Uzbekistan, Turkmenistan, Iran and Oman. The agreement and memorandum have been ratified by all four countries.