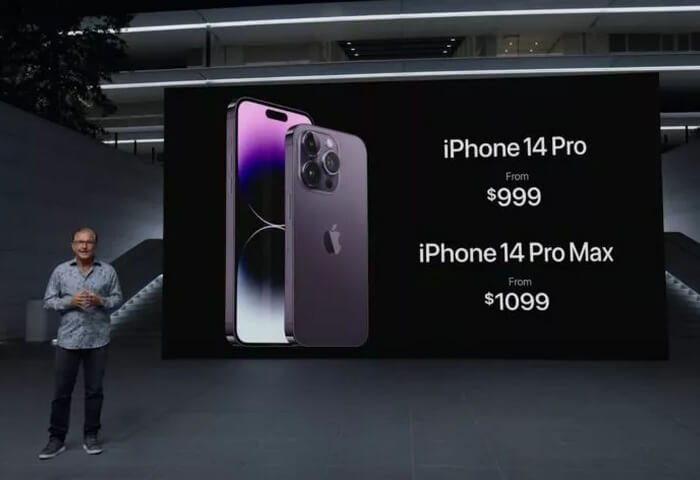 The base iPhone 14 models come with the same A15 Bionic chip as last year’s models and the main improvements are in the camera.

The biggest changes were in the higher-end iPhone Pro models. The Pro versions got a new faster A16 chip and screen that is brighter and allows for always-on display, according to the Wall Street Journal report.

The new smartphones will get satellite connectivity for sending emergency messages to use in areas not covered by cellular towers. Apple also announced that the iPhone 14 lineup will not include SIM card slots and instead have dual eSIM support.

Many analysts had expected Apple to increase prices for some iPhones, but the company kept starting prices much the same compared with a year ago. The base iPhone 14 with the 6.1-inch display will start at the same price as last year’s iPhone 13 – $799. The new larger-size 6.7-inch iPhone 14 Plus starts at $899 while the same-sized Pro version with a better 48-megapixel camera and other upgrades starts at $999. The bigger iPhone Pro Max starts at $1,099.