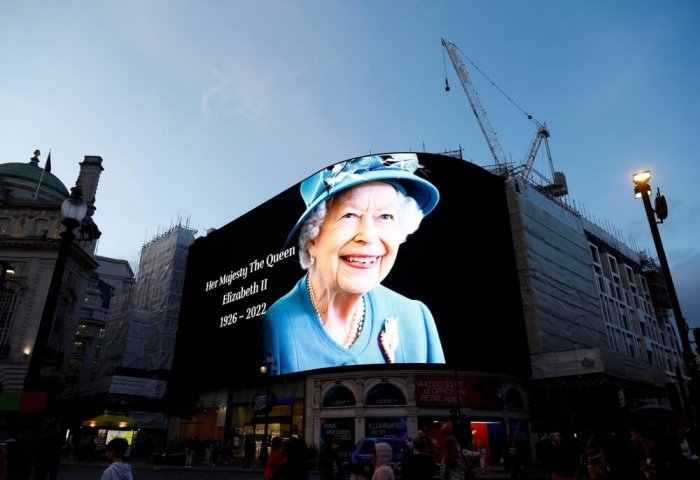 Queen Elizabeth II, who was also the world's oldest and longest-serving head of state, came to the throne in 1952. (Photo: Reuters)

She died peacefully on Thursday afternoon at her Scottish home, where she had spent much of the summer, the British national broadcaster, BBC, reports.

Her eldest son Charles, the new King, said the death of his beloved mother was a "moment of great sadness" for him and his family and that her loss would be "deeply felt" around the world.

All the Queen's children had gathered at Balmoral after the Queen's doctors became concerned about her health earlier in the day.

Her last official duty was only on Tuesday, when she appointed Liz Truss the UK’s Prime Minister.

“The death of Her Majesty the Queen is a huge shock to the nation and to the world," Truss said outside her office where the flag, like those at royal palaces and government buildings across Britain, were lowered.

Queen Elizabeth II, who was also the world's oldest and longest-serving head of state, came to the throne following the death of her father King George VI on Febuary 6, 1952, when she was just 25.