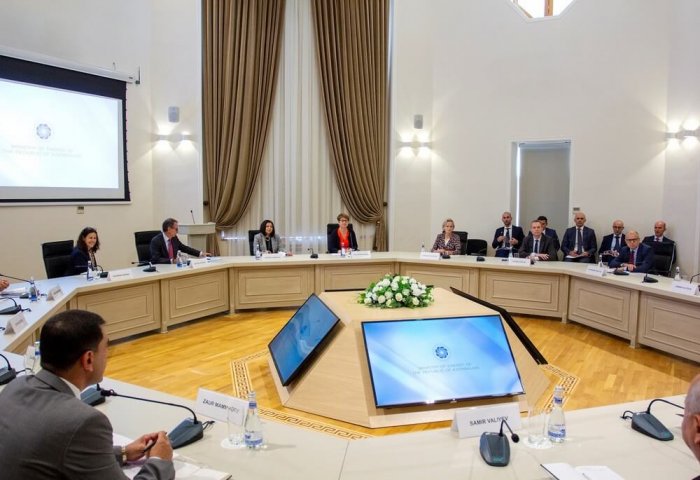 The Energy Minister of Azerbaijan announced that more than 10 countries are interested in partnership with Azerbaijan in the supply of natural gas.

The participation of European Bank for Reconstruction and Development (EBRD) in the expansion of the Southern Gas Corridor (SGC) is important, Minister of Energy of Azerbaijan Parviz Shahbazov said in a meeting with the EBRD President Odile Renaud-Basso in Baku on Monday.

Shahbazov stressed that the signing of the Memorandum of Understanding between Azerbaijan and the European Union on strategic partnership in the energy sector formed the basis for the expansion of the project, the Ministry of Energy of Azerbaijan said in its press release on the meeting.

The Energy Minister announced that more than 10 countries are interested in partnership with Azerbaijan in the supply of natural gas.

“Financial support for the SGC is necessary in order to extract rich natural gas resources and transport them in larger volumes to European countries,” Parviz Shahbazov said, adding that the project’s financing will contribute to the energy transition.

The SGC, with an estimated investment cost of approximately $40 billion, includes development of the Shah Deniz gas field in the Caspian Sea and 3,500-km chain of pipelines consisting of three projects – the South Caucasus Pipeline via Azerbaijan and Georgia, the Trans Anatolian Pipeline (TANAP) across the Turkish territory and the TAP crossing Greece and Albania to reach Italy.

Azerbaijan, which borders Georgia, Turkey, Armenia, Russia, Iran and the Caspian Sea, started exporting natural gas to Europe via the SGC at the end of 2020.