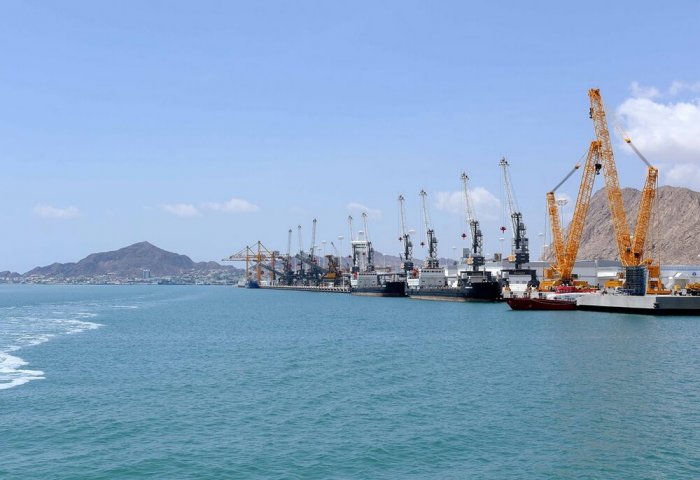 President of Turkmenistan Serdar Berdimuhamedov during his speech at the summit of the Shanghai Cooperation Organization (SCO) in Uzbek city Samarkand on Friday expressed his countries readiness to cooperate with the SCO countries in establishing intercontinental and regional transit routes.

The Head of Turkmenistan participates in the SCO summit as an honorary guest.

President Berdimuhamedov noted that Turkmenistan is open for a serious expansion of trade and economic partnership with the SCO, adding that there are not only real opportunities for this, but also an objective need, the official Turkmen media reports.

Turkmenistan is ready to discuss in practical terms the issue of providing its territory and infrastructure for the SCO to build intercontinental and regional transit routes for goods and services, President Berdimuhamedov said, adding that the Caspian route is of no small importance, given the presence of a large modern multipurpose sea port in the city of Turkmenbashi on the Turkmen coast.

"We are convinced in expediency of the SCO's excise participation in the formation of the system of transport and transit corridors and logistics on the China-Central Asia-Caspian Sea-Black Sea line," the President Berdimuhamedov stated.

He also expressed readiness to work together with the interested parties to improve the efficiency of the transport corridor providing cargo transportation from Russian ports on the Baltic Sea to sea terminals in the Persian Gulf, the Arabian Sea and the Indian Ocean.

President of Turkmenistan also proposed to start planning joint projects to diversify the energy supplies to meet the needs of the SCO countries as well as with the prospect of entering foreign markets.