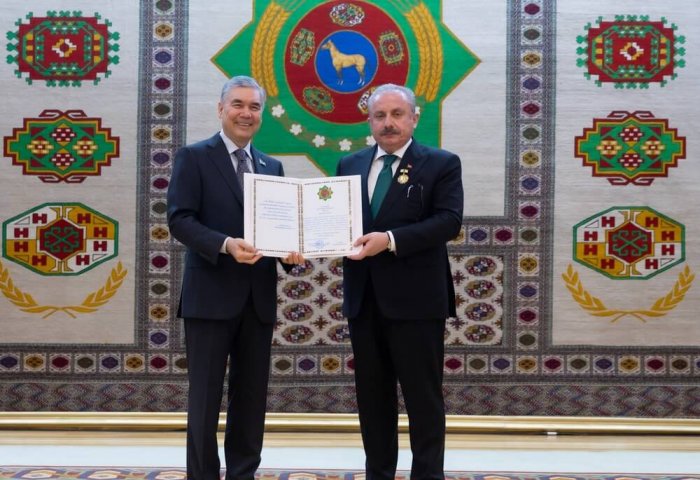 Speaker of the Grand National Assembly (Parliament) of Turkey Mustafa Sentop has been awarded the Order "Garaşsyz Türkmenistana bolan beýik söýgüsi üçin" in accordance with the Decree of President of Turkmenistan Serdar Berdimuhamedov on Friday, the official Turkmen media reports.

The award was presented to Turkish Parliament Speaker by Gurbanguly Berdimuhamedov, the Chairman of Halk Maslakhaty chamber of Turkmen bicameral parliament Milli Gengesh, during the delegation-level meeting at the Oguzkent Hotel in Ashgabat. Gurbanguly Berdimuhamedov congratulated his Turkish counterpart on this momentous event and wished him further success in his activities.

The Turkish Parliament Head expressed gratitude to Gurbanguly Berdimuhamedov and said, "I accept this award as a concrete manifestation of the strengthened relations between Türkiye and Turkmenistan.”

During the one-on-one meeting meeting, Gurbanguly Berdimuhamedov stated the importance of inter-parliamentary relations in coordinating the legislative activity and emphasized the need to give priority attention to environmental and youth issues, food security and gender equality.

Mustafa Sentop said Turkey highly appreciates the policy pursued by Turkmenistan in accordance with its status of permanent neutrality. The Turkish Speaker also stated that there is great potential for further expansion and strengthening of inter-parliamentary ties, and intensification of cooperation between the legislative bodies of both countries.

Then the meeting continued with participation of representatives of the Turkish parliamentary delegation and the members of Halk Maslakhaty. The meeting discussed cooperation between the two countries in trade-economic sphere, energy, investment, new technologies, agriculture, textile and gas-chemical industries. 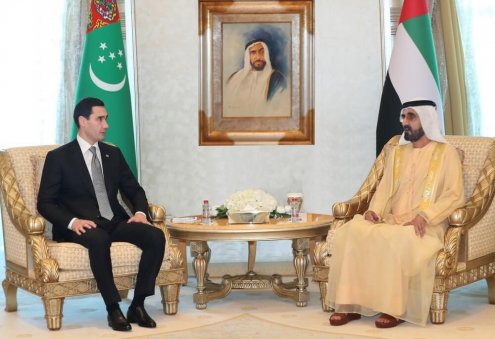 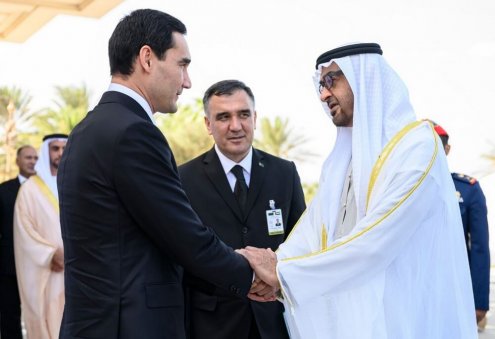