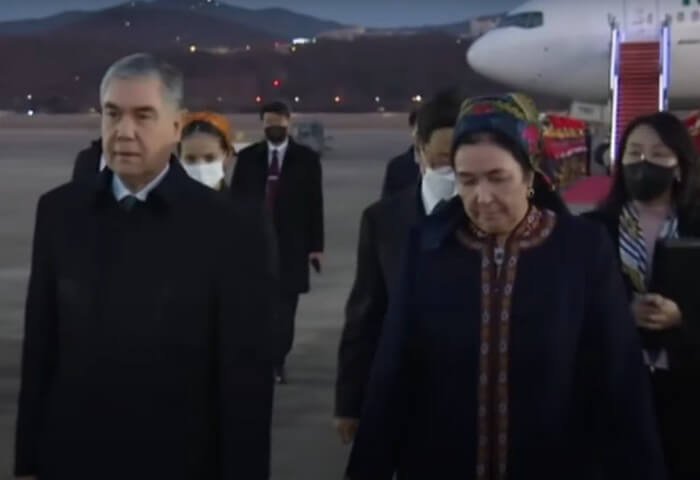 Upon arrival at the Seoul Air Base International Airport, the Halk Maslakhaty Chairman was greeted by head of the Turkmenistan-Korea Inter-Parliamentary Friendship Group Lee Dal-gon.

Gurbanguly Berdimuhamedov, the Chairman of Halk Maslakhaty chamber of the Turkmenistan’s bicameral parliament Milli Gengesh, started an official visit to the Republic of Korea, the official Turkmen media reported on Sunday.

The Halk Maslakhaty Chairman during a conversation with the South Korean Ambassador to Turkmenistan Shin Sung-chul at the Ashgabat International Airport said the program of his visit to Seoul includes meetings with the President of the Republic of Korea, and with the Speaker of the National Assembly of Korea.

Gurbanguly Berdimuhamedov added that a memorandum on cooperation between the Halk Maslakhaty chamber of Turkmen parliament and the National Assembly of the Republic of Korea, as well as a number of documents with the participation of members of both countries' delegations will be signed during the visit.

Upon arrival at the Seoul Air Base International Airport, the Halk Maslakhaty Chairman was greeted by head of the Turkmenistan-Korea Inter-Parliamentary Friendship Group Lee Dal-gon and other officials.

During the talks held at the airport reception hall, Lee Dal-gon expressed confidence that Gurbanguly Berdimuhamedov’s visit marks a new stage of interaction between the friendly countries.

In turn, Gurbanguly Berdimuhamedov said the agreements to be reached as a result of the current visit would help raise relations to a new level and comprehensively develop political-diplomatic, trade-economic, and cultural-humanitarian relations.