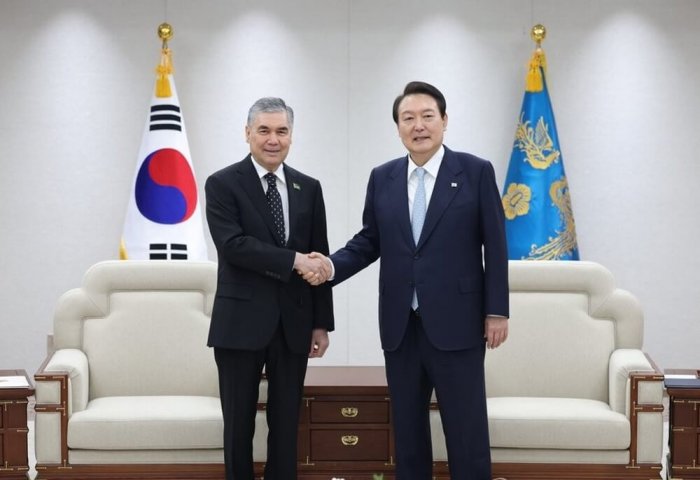 Gurbanguly Berdimuhamedov, the Chairman of Halk Maslakhaty chamber of the Turkmenistan’s bicameral parliament Milli Gengesh, who is on an official visit to the Republic of Korea, met with President Yoon Suk-yeol on Tuesday to discuss bilateral cooperation and prospects of its further development, the official Turkmen media reports.

The sides stated the high level of political-diplomatic, economic and cultural relations between the countries that are actively developing on the principles of equality and mutual respect and have reached a qualitatively new level in recent years.

On Monday, the Halk Maslakhaty Chairman also held a series of bilateral meetings, including with the Speaker of the National Assembly Kim Jin-pyo and head of the Turkmenistan-Korea Interparliamentary Friendship Group Lee Dal-gon.

The meetings resulted in the signing of relevant documents aimed at the development of the Turkmen-Korean relations.