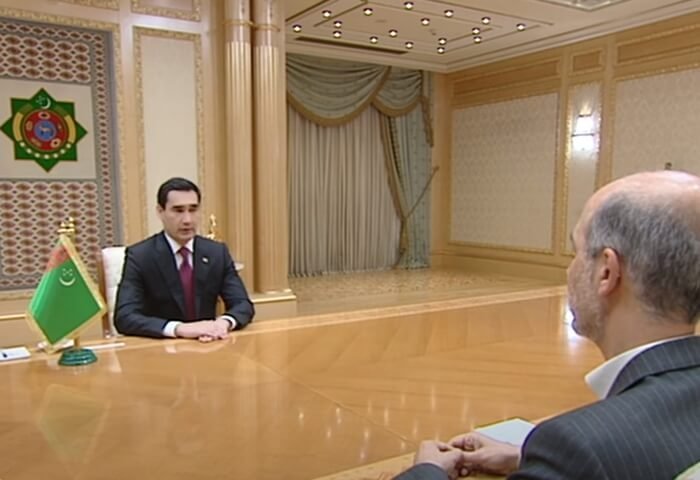 The sides exchanged views on ways for further boosting cooperation based on the existing potentials of both countries.

President of Turkmenistan Serdar Berdimuhamedow and Minister of Energy of Iran Ali Akbar Mehrabian in a meeting in Ashgabat on Wednesday explored ways to expand cooperation on energy and water areas.

The sides exchanged views on ways for further boosting cooperation based on the existing potentials of both countries, the IRNA news agency reports.

Turkmen President and Iranian Energy Minister discussed exchange of energy resources between the two countries, the possibility of transit of Turkmen electricity via Iran to third countries, dredging of the rivers of Tejen (Hariroud) and Etrek, and more interaction of the two countries on drafting a trilateral agreement between Iran, Turkmenistan and Afghanistan on Tejen river.

In early October, Mohammad-Ali Farahnakian, Adviser to the Minister of Energy of Iran for International Affairs, announced that Iran is working on a project to connect its national electricity grid with Russia through the eastern side of the Caspian Sea via the territory of Turkmenistan.