Turkmenbashi Jeans Complex, located in Turkmenistan’s capital of Ashgabat, has launched the production of gabardine trousers for schoolchildren aged 6 to 15 years.

In an interview with Business Turkmenistan, the specialist of the planning department at the garment factory Nurjahan Begjanova said the complex produces 130 thousand pieces of different clothes monthly and 1.56 million of the products annually.

Begjanova added that more than 900 seamstresses work in the factory in two shifts, producing various garments for men, women and children, including denim trousers, shirts, jackets and shorts.

The complex launched a line of denim clothing under the BEDEW trademark in 2016. The plant also carries out work on customer orders. Currently, the complex is fulfilling orders for Russian companies such as F5, Metoday, Zolla and Modis, and for Turkish clothing companies such as Colin’s and Soviet.

The complex also applies innovative technologies such as the laser workshop, where various patterns, gradients, emblems and other patterns are applied to durable denim using a laser in 90 seconds, Begjanova said.

The jeans complex continues to expand its distribution network throughout the country. Currently, there are several specialized stores in the capital alone. In the future, the company plans to open a store in the Geoktepe etrap of Ahal velayat.

The construction of the complex was carried out in several stages. In 1995, a dyeing workshop was commissioned, and in 1997, a spinning and sewing factory was commissioned. The complex employs about three thousand people. 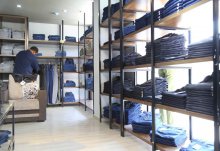 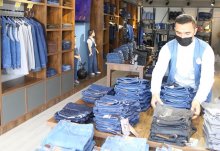 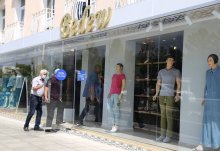 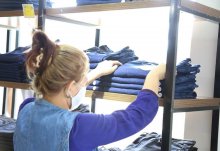 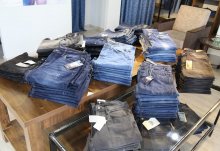 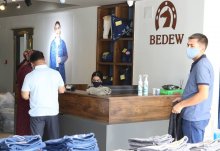 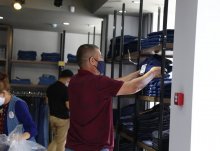 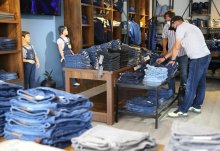