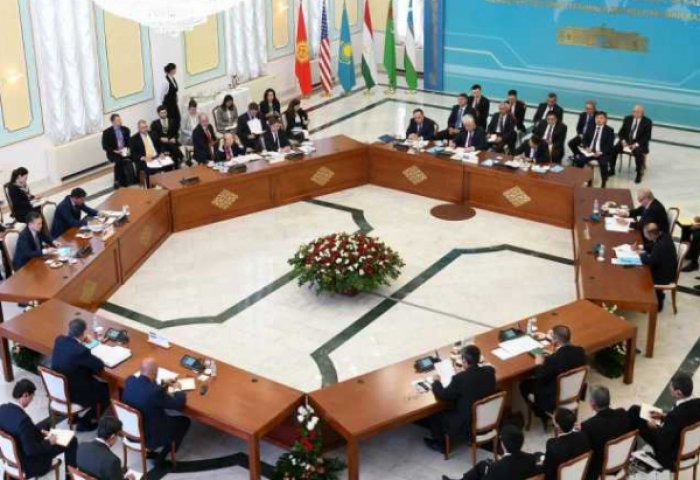 The meeting was attended by the top diplomats of the Central Asian nations and David Hale, United States Under Secretary of States for Political Affairs. (Kazinform photo)

Ministerial talks in C5+1 format, a platform for dialogue between the five Central Asian countries and the United States, took place in the Kazakh capital city of Nur-Sultan on Wednesday.

The meeting was attended by the top diplomats of the Central Asian nations and David Hale, United States Under Secretary of States for Political Affairs. The delegation of Turkmenistan was headed by the Deputy Chairman of the Cabinet of the Ministers, Minister of Foreign Affairs of Turkmenistan Rashid Meredov.

The agenda of the high level meeting included economic security and partnership in Central Asia, peace efforts in Afghanistan and the security in Central Asia. The participants of the meeting stressed on the importance of political and diplomatic interaction in the format of C5+1 and exchanged views on joint efforts toward a better-connected, more prosperous, and more secure Central Asia.

Turkmen delegation was also received by the President of the Republic of Kazakhstan Kassym-Jomart Tokayev. During the meeting, the sides expressed satisfaction with the current state of bilateral relations.

Kazakh President noted the high level of the First Caspian Economic Forum, which was held last week on the Turkmen shore of the Caspian sea with the initiative of President of Turkmenistan Gurbanguly Berdimuhamedov. The sides emphasized that the Forum gave a strong impetus for the development of the international economic cooperation in the Caspian region.

The C5+1 format serves as a multilateral mechanism of interaction between the five Central Asian countries and the United States. The dialogue focuses on economic development, regional cooperation and security issues. The first meeting with the participation of the foreign ministers of six countries was held November 1, 2015 in Samarkand.