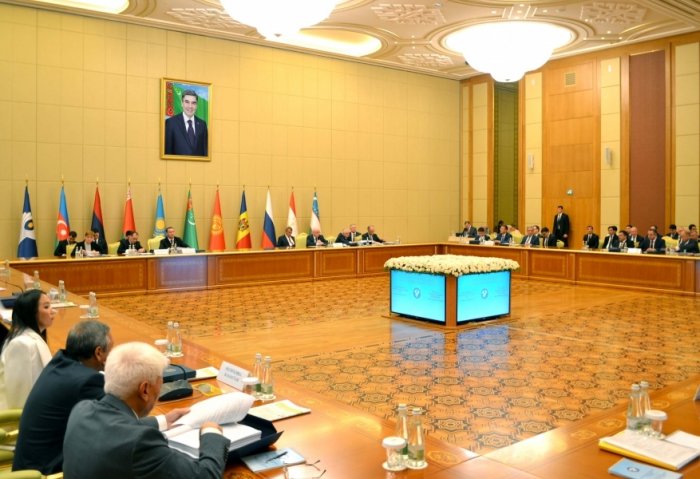 The agenda of the meeting included an extensive range of issues of interaction between the CIS countries in the economic sphere.

Deputy Heads of Governments of Commonwealth of Independent States (CIS) signed 24 documents during the 83rd session of the Economic Council of CIS held in Ashgabat on September 13.

The agenda of the meeting included an extensive range of issues of interaction between the CIS countries in the economic sphere. In particular, the heads of delegations mainly approved the draft Declaration on Strategic Economic Cooperation of the CIS member states.

This project will be presented at the summit of the CIS heads of state, which is scheduled to be held in Ashgabat Oct. 11. The main goal of the Declaration is to develop and strengthen the strategic economic partnership within commonwealth and to create effective partnership mechanisms to improve economic ties with other integration associations and separate states.

It was noted that this meeting, attended by heads of relevant ministries and departments, is the anniversary event as it takes place exactly 20 years after the 1st meeting of this executive CIS structure.

Upcoming meeting of the Economic Council of CIS is scheduled to take place on December 6 in Moscow.

The CIS Economic Council was formed in April 1999 and consists of the Deputy Heads of Governments of states-participants. The main functions of the council are the development of proposals on the creation of a system of mutual settlements and payments for trade and other transactions; creation of legal, economic and organizational conditions for the transition to higher levels of economic cooperation based on the free movement of goods, services, workforce and capital; facilitation of the entry of the CIS member-states into the global economic system.