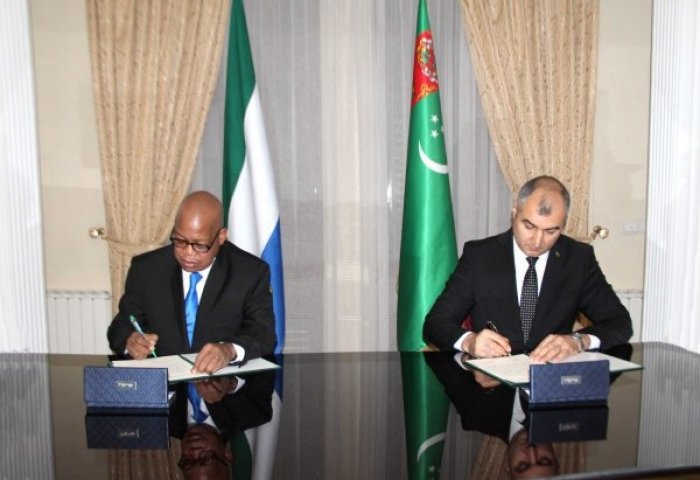 The Protocol on the Establishment of Diplomatic Relations was signed by Ambassador of Turkmenistan to Iran Atajan Gurbanov and Ambassador of Sierra Leоnе to Iran Alie Badara Kamara.

The signing ceremony of the Protocol on the Establishment of Diplomatic Relations between Turkmenistan and the Republic of Sierra Leоnе took place at the Embassy of Turkmenistan in Iran on Monday.

Before the signing ceremony, Ambassadors discussed the promising areas of cooperation between Turkmenistan and Sierra Leоnе, including such areas as agriculture, geology and investments, the Turkmen Foreign Ministry said in its press release.

The diplomats particularly considered the issues of collaboration in the field of medical services provision taking into consideration the vast experience of Turkmenistan. The counterparts expressed confidence in constructive development of friendly relations between the two countries.

Located in West Africa, Sierra Leone has a total area of 71,740 square kilometers and a population of around 7 million. Main sectors of the country’s economy are mining, cultivation of cacao, coffee and rice, and livestock production.