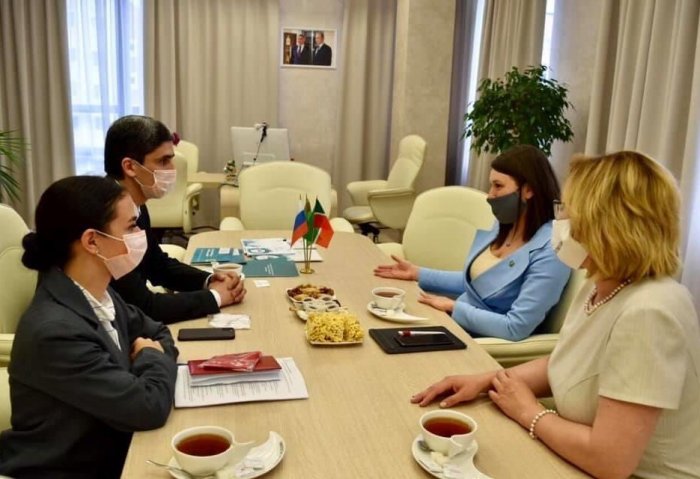 The Consul General of Turkmenistan in Kazan met the head of the Tatarstan Investment Development Agency. (TIDA)

The Consul General of Turkmenistan in Kazan Atadurdy Bayramov on Wednesday held a meeting with the head of the Tatarstan Investment Development Agency (TIDA) Talia Minullina, the Agency’s press service announced.

During the meeting, the Turkmen Consul said a trade office of Turkmenistan could appear in Kazan, adding that the country's authorities are considering such an opportunity.

“For us, the Turkmen-Russian relations are a priority. Our trade turnover has grown recently, and Tatarstan accounts for a large share. We are ready to work on opening a trade office,” Bayramov said.