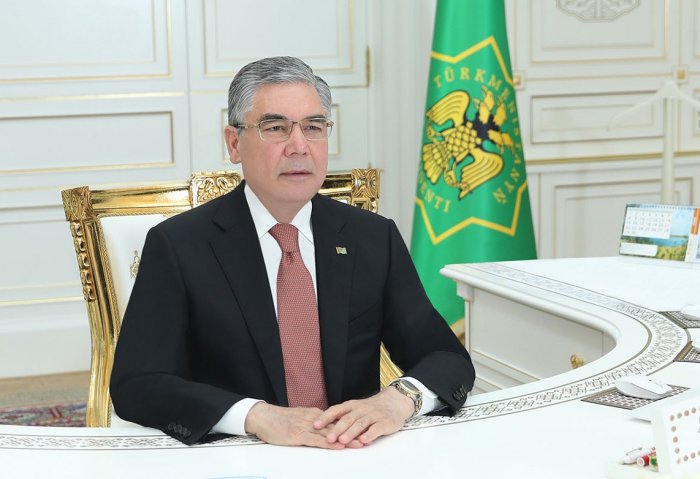 President of Turkmenistan Gurbanguly Berdimuhamedov received congratulation messages from his foreign counterparts on occasion of his 63rd birthday on June 29, the State News Agency of Turkmenistan (TDH) reports.

Also, the Chairwoman of the Mejlis (Parliament) on behalf of all the Turkmen deputies, employees of the Office of the President of Turkmenistan, hyakims (governors) of velayats and Mayor of Ashgabat, heads of ministries and sectoral departments congratulated the Head of State with his birthday.

Turkmen Leader celebrates his 63rd birthday, considered as the age of Prophet Muhammad in Islam world. In accordance with the established national traditions, this date is celebrated with family, relatives and friends, and with the people of Turkmenistan.